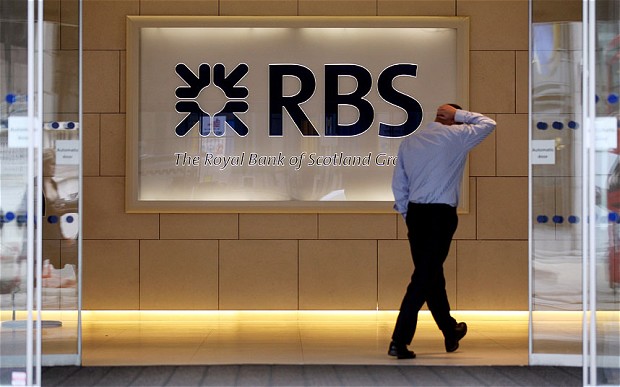 Krishnan Ranganathan, in his recent article published at TabbForum.com on 18 June, 2014, remarkably delineates the trends of investment banking in 2014. He astonished the readers by comparing predictions and realities of debt capital markets, equity capital markets, mergers and acquisitions, and syndicate loans from first five months of 2014.

The future of investment banking was a hotly contested point at the beginning of the New Year. How have industry predictions fared in the first five months of 2014?

Six months ago, around the beginning of the New Year, an onslaught of publications, opinions, views and surveys (what I call “fiction” here for argument’s sake) emerged on what could be in store for banks in 2014. A highly debated area was the future of investment banking (IB), where the outlook was starkly divided. This article summarizes the key predictions from a gamut of such reports and attempts to decode the predictions vis-à-vis the results in the first five months of 2014.

Prediction: Bond deal activity is expected to rise significantly, which would represent an all-time record year for bonds. EMEA and Asia are likely to be more bullish on bonds. Some also felt that with the Fed tightening its monetary policy, we can expect rising interest rates on corporate debt in 2014. Refinancing is likely to drive growth in debt issuance.

Prediction: Resurgent IPO activity is widely believed to continue, especially in the US, where companies may be expected to use share offerings to fund growth. Admittedly, some shareholders are likely to be more resistant to dilutive follow-on deals as compared to Asia or Europe. While in Asia, share prices and the regulatory environment are seen as favorable to new issuances, in Europe, there is a need for liquidity coupled with shareholders’ interest in secondary offerings. Some experts believe weak valuations and shareholder resistance may lead to recapitalizations in the form of asset sales rather than share offerings.

Reality: Based on the most recent 2014 data, ECM came back with a bang last year after successive declines and is continuing to do well, with many issuers clearing their backlog in the light of improved economic conditions.

Prediction: Large cash reserves/commitments, opportunities in emerging markets and availability of credit in favorable terms are likely to improve deal sentiments in 2014. Improved consumer confidence and booming equity markets are the proverbial icing on the cake. The most active industries driving M&A are expected to be media, telecom and technology, followed by Pharma, healthcare and life sciences. The healthcare sector sees heavy pressure to spend and match competitors despite valuations acting as an impediment (while industry regulation is less of a catalyst). Energy, Power & Commodities are likely to remain lackluster, plagued by cost-cutting and non-core asset divestitures as well as their vested interest in building cash cushion.

Reality: While 2013 saw risks attributable to macro-economic parameters holding center stage and squeeze in fees on account of lower margins for bigger deals, the first few months in 2014 have seen a good degree of deals being announced, particularly from Private Equity players and corporates hoarding substantial cash buffers.

Prediction: Market observers and survey respondents believe that syndicated loan deal activity will rise significantly, leading to a best year for loans since 2007. In the US, loan growth is widely expected to outpace bond growth because of a perceived investor shift toward floating-rate assets.

Interestingly, most of the banking surveys seem to have been off the mark by a mile (at least in the first 5 months, with only M&A bucking the trend). I would stick my neck out and bet on M&A deals (again contrary to the majority view and skewing the “verdict” hopelessly!) ranking low on numbers while high on shareholder value. The recent Pfizer-Astra Zeneca episode is a case-in-point where companies are being extremely selective whilst working with a longer list of economic and industry parameters.

Steven M. Davidoff, the Law Professor and Deal Junkie of New York Times, explained in his recent blog at DealBook NYTimes that investment banking business is getting highly effected by not only poor economic conditions, but also increasingly new regulatory changes are constraining the potential of investment banking.

The world of Goldman Sachs, Morgan Stanley and the rest of the investment banks is being remade, squeezed by new regulations and record low volatility in the markets.

Gary D. Cohn, the president of Goldman Sachs, described the current market well last month when he noted the “difficult environment” for investment banks. He said that “what drives activity in our business is volatility.” If markets never move, he continued, “our clients don’t need to transact.”

The decline in volatility has sharply reduced already low investment bank trading revenue. Citigroup’s chief financial officer, John C. Gerspach, said at a recent conference that Citigroup’s trading revenue could be down 20 to 25 percent in the next year. Other banks are expecting similar declines.

The continuous amendment of new rules and regulations in the investment banking are now viewed by investors and broker-dealers as roadblocks to their investment goals. In this situation, investment banks are being forced to find new ways to maintain revenue or to shrink. Conventionally, investors and broker-dealers believed that these banks are open to make to choices to reorient their business structure, but in reality their options are confined now.

Other banks like Citigroup and Bank of America, are getting focused in retrenchment activities. While, smaller investment banks like Barclays’ are in free fall, departing top executives. Some have announced to cut their bank’s working capital in half, and some reduced their quarter of human capital.

As Gary D. Cohn, the president of Goldman Sachs, described, “What drives activity in our business is volatility.” If markets never move, he continued, “Our clients really don’t need to transact.”

Euronext’s initial public offering looks like a tough sell. The firm is seeking a valuation of 1.3 billion euros to 1.8 billion euros when it floats later this month. Anchor investors have a vested interest in backing the issue. But for other buyers, it is a leap of faith.

The IntercontinentalExchange Group is selling down its holding in the unit after inheriting the business through its purchase of NYSE Euronext last year.

Euronext’s initial public offering looks like a tough sell. The firm is seeking a valuation of 1.3 billion euros to 1.8 billion euros when it floats later this month. Anchor investors have a vested interest in backing the issue. But for other buyers, it is a leap of faith.

The IntercontinentalExchange Group is selling down its holding in the unit after inheriting the business through its purchase of NYSE Euronext last year.

Some of the I.P.O. shares have already been allocated. Cornerstone investors, mainly banks, are to buy a third of the shares at a slight discount to the I.P.O. price, in return for a three-year lockup. As users, their involvement makes sense.

Ten percent of the offering is set aside for retail investors, with another 2 percent set aside for other institutions. That may add some needed tension to the process.

Euronext’s pitch is that it will benefit from European economic recovery, a global shift from bonds to stocks, and increased capital markets activity as European banks scale back lending. It also wants to diversify away from plain-vanilla equity trading into derivatives. As a result, the group expects to achieve average annual revenue growth of 5 percent, and margins on earnings before interest, taxes, depreciation and amortization of 45 percent.

Those targets may be more conservative than some peers. But they look a stretch given recent performance.

Revenue fell 11 percent in 2012 and 3 percent in 2013. The London Stock Exchange increased revenue in both years. First-quarter revenue in the current year also fell from a year earlier. Annual Ebitda margins were last above 45 percent in 2011. The forthcoming Financial Transactions Tax, and a possibly secular reduction in trading activity, could restrict any upturn in volumes.