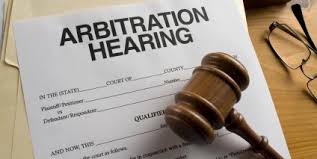 Finra, which has been under increasing pressure from investor advocates to rein in arbitrators who they contend were rubber-stamping expungement requests, has been reminding arbitrators in emails and on its website that such requests should be granted only in “extraordinary” circumstances. END_OF_DOCUMENT_TOKEN_TO_BE_REPLACED

As political chaos and violence spread across the Middle East and North Africa, prospects for regional economic growth would appear to be the least of our concerns. That’s shortsighted. The eruptions of violence stem at least in part from a lack of transition planning following the wave of revolutions, ousters, coups and countercoups that swept the region, including failure to provide functional economic and financial institutions.

If the U.S. government and its allies don’t have a strategy for helping these and other countries emerge from conflict—or to mitigate future calamity elsewhere in the developing world—the private sector can help provide economic continuity. The capital market in particular is a crucial tool for growth and development because it provides long-term infrastructure, IT development and capital access for projects with widespread socioeconomic benefits such as roads, water and sewer systems, housing, energy, telecommunications and public transport.

Part of the appeal of capital markets is that they are fundamentally driven by “people power.” They democratize wealth by encouraging broader ownership of productive assets by small savers. The predictable, participatory nature of capital markets enables more people to benefit from economic growth and wealth distribution. And by every reliable measure, the equitable distribution of wealth is a key indicator of poverty reduction and stability.

According to the World Bank, economic stagnation and its attendant lack of social progress rank among the top grievances fueling poverty, disenfranchisement and conflict around the world. Yet wherever capital markets exist and thrive, we find the kind of productive, long-term investments that can inspire a cultural shift and give people a stake in the future of their countries.

Look at Sri Lanka. In 2010 the tiny island nation emerged from decades of traumatic civil war disunited and with widespread physical destruction. Yet in 2012, at the height of the global economic downturn, Sri Lanka posted 6.4% growth. Instrumental to its rapid economic growth was the Sri Lankan capital market. Raising long-term finance through the capital market has allowed large-scale reconstruction projects such as roads, highways, schools and other critical infrastructure to advance their economic ambitions. The country is healing, and the economic growth spurred by the capital markets is cementing a new national identity and promise for Sri Lanka.

Financial-market exchanges can also play a part in starting or fueling capital markets in “frontier” and emerging economies, moving from or on the brink of instability via an advisory or partner role. For instance, Nasdaq has helped develop and upgrade capital markets in countries like Colombia—which only a decade ago was riven by the violent drug trade—and Bahrain, which was a pioneer in recognizing the need for a modern, service-based economy. END_OF_DOCUMENT_TOKEN_TO_BE_REPLACED

Emaar Properties PJSC (EMAAR), Dubai’s only listed developer to survive the property crash without an annual loss, plans to sell shares in its hotel business after its malls unit became the emirate’s biggest public offering since 2007.

The company will announce the hotel sale “in the next few months,” Chairman Mohamed Alabbar said at a conference in Dubai today, less than seven hours after Emaar said it raised $1.6 billion from the share sale of its malls unit. Alabbar declined to provide more details on the IPO.

These companies “reflect the true contributing sectors of Dubai’s economy,” Tariq Qaqish, head of asset management at Dubai-based Al Mal Capital PSC, said by phone from Dubai. Because of high occupancy levels and “proximity to malls, Emaar Hotels translates to solid revenue per room,” he said.

For information regarding brokerdealers within the Middle East, BrokerDealer.com global database is one click away..

BrokerDealer.com blog salutes the 300+ cyclists who turned out Sept 27 in Lexington MA to raise over $100k on behalf of Wounded Warriors in the Boston #SoldierRide 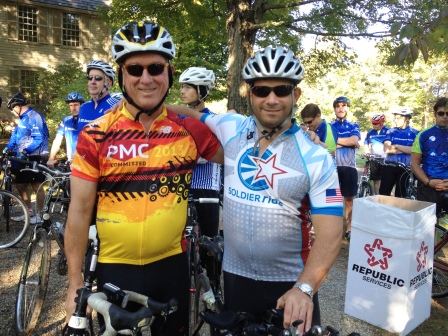 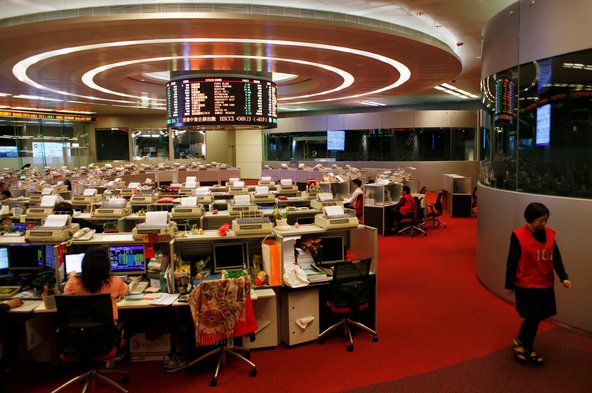 China intends to join the Shanghai stock exchange to its counterpart in Hong Kong over the following month as part of an initiative announced by Premier Li Keqiang this year to open China’s markets to foreign investors that have been largely shut out. END_OF_DOCUMENT_TOKEN_TO_BE_REPLACED