BrokerDealer.com blog update profiles the emergence of specialist brokerdealers who are poised to displace the once dominant ‘bulge bracket’ aka “6-pack” firms in the world of making markets and providing liquidity across the bond marketplace.  As regulations and capital requirements upend the legacy role played by Wall Street’s biggest investment banks, technology advances coupled with modern day perspectives as to how to source actionable liquidity and secure best execution when trading bonds is providing an opportunity for smaller and savvy broker-dealers to play an important role. Coverage is courtesy of excerpt from feature story published by MarketsMedia.com.

Since 2008, there has been an increase in electronic trading of fixed income securities, along with a decrease in inventory held by larger dealers and banks.

“If we look at some of the subtle changes in market structure that have come about, we see non-traditional liquidity providers, or price makers, coming up within the marketplace,” Bill Vulpis, managing director at KCG BondPoint, told Markets Media. “By non-traditional, I mean companies other than banks and large sell-side firms, including smaller broker dealers who are reliant upon electronic platforms to make markets.”

According to a January 2015 study by Greenwich Associates, 80% of institutional investors report difficulties executing corporate bond trades of more than $15 million, reflecting decline in market liquidity caused by the pullback of fixed-income dealers in the wake of new and more stringent capital reserve requirements.

With dealer inventories shrinking, investors’ search for new liquidity providers is proving a boon to the fast-developing ranks of electronic trading platforms, according to Greenwich. All-to-all trading accounted for an estimated 6% of electronically executed U.S. trades in 2014.

To read the full article from Markets Media, click here.

Brokerdealer.com blog update profiles David Scott Cacchione’s , a former managing director of Investment Brokerage Firm  who was sentenced to 5 years in prison in 2009 for his role in defrauding lenders into more than $100 million in loans, new failed attempt to get back into the brokerdealer game. This update is courtesy of a 20 March InvesmentNews article “SEC shuts down ex-broker’s attempt to start RIA from jail” with an extract from the article below.

Convicted felon David Scott Cacchione, who was barred from the brokerage industry in 2009 for helping orchestrate a $100 million fraud scheme, has been barred again by the Securities and Exchange Commission after he tried, while still incarcerated, to re-enter the securities industry through a registered investment adviser.

Mr. Cacchione, 50, attempted, as others barred from the brokerage industry have, to play on the dual licensing of brokers and investment advisers to resurrect a career in the securities industry.

Mr. Cacchione pleaded guilty in 2009 to securities fraud for pledging the securities of unknowing clients to secure more than $45 million in personal loans for a friend. The scheme eventually resulted in almost $47 million in losses, according to the FBI. He also engaged in unauthorized trading in the accounts of clients, including a local children’s charity and an elderly widow, according to the SEC.

Mr. Cacchione was sentenced to 60 months in jail followed by three years of supervised release and ordered to pay nearly $50 million in restitution. According to the SEC, he had paid only $502 of that as of last August. 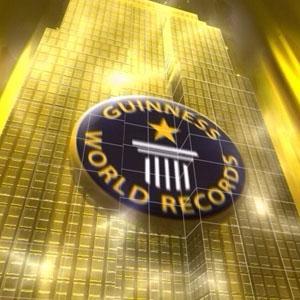 Brokerdealer.com blog update is courtesy of MarketWatch “Japan may be set for world’s biggest IPO”. While in America, broker dealers anticipate the launch of a $2.87 billion IPO for GoDaddy.com, Japan Post Holdings is slated to break records with the launch of their IPO.

Last year, China’s Alibaba Group unleashed a monster of an IPO, the world’s biggest to date. But this year, Japan has a monster of its own that by all accounts could blow past the Alibaba listing to become the most massive offering of stock ever seen.

It is easily the hottest topic around the boardrooms and izakayas (after-work drinking halls) across Tokyo: the highly anticipated initial public offering of Japan Post Holdings, the finance-ministry-held behemoth that combines the national postal service with the country’s biggest savings bank and major insurer. Its financial arm alone had ¥205 trillion ($1.71 trillion) worth of assets under management as of December, roughly one-third the entire annual GDP of Japan.

The offering has been more than a decade in the making, surviving fierce political controversy since the idea of privatization was first introduced. The issue was a sensitive one because not only does Japan Post bring in a massive amount of revenue, but also it’s the nation’s largest employer.

Finally, with the government determined to shore up Japan’s debt-bedraggled finances, the stock appears ready to go to market sometime this autumn, with the ministry having set a goal of ¥4 trillion yen, or about $33 billion, for the divestment proceeds. It has earmarked the funds for rebuilding parts of northeastern Japan destroyed by the 2011 earthquake and tsunami.

Such an amount would dwarf Alibaba’s BABA, +1.06%  $25 billion haul — to date the largest in history. Still, much of the details have yet to surface, and according to the Nikkei Asian Review, the event may come as a trio of listings: Japan Post Holdings, along with separate tickers for its subsidiaries Japan Post Bank and Japan Post Insurance. Likewise, some reckonings see the issue as pulling in a somewhat more modest $10 billion-$20 billion.

In discussing the big Japan Post sale, those with longer memories note similarities with the situation a quarter-century ago, when the government privatized its fixed-line carrier, Nippon Telegraph & Telephone 9432, +0.28% NTT, +0.85% Unusually for Japan, its listing was a big event not just for institutions, but for retail investors as well.

The Securities and Exchange Commission is not fulfilling its duty to protect retail investors, particularly in how it regulates financial advisers, a number of consumer groups asserted in a letter to the agency.

The eight-page letter dated March 10 outlines several areas that the groups say the SEC “can no longer afford to relegate … to a back burner.”

Most of the letter concentrates on ways the groups want the agency to improve regulation of financial advisers and urged the SEC to take “concrete steps” to raise investment-advice standards for brokers.

The Dodd-Frank law gave the SEC the authority to promulgate a uniform fiduciary standard for retail investment advice that would require all advisers to act in the best interests of their clients. The SEC has not acted. Meanwhile, the Department of Labor is poised to re-propose its own fiduciary-duty rule for advice to retirement accounts.

The topic has split the five-member commission. Chairwoman Mary Jo White has promised since November to make her position on fiduciary duty known in the “short term.”

“The SEC seems to have looked more at capital-formation issues,” Mr. Thompson said. “The elephant in the living room is the uniform fiduciary standard. While Mary Jo White has repeatedly said it’s a priority, I’ve never seen it show up on the SEC’s regulatory agenda.”

Other topics the letter highlights include strengthening financial adviser disclosure about conflicts and compensation, reforming revenue-sharing, limiting mandatory arbitration for investor disputes, and beefing up regulation of risky financial products, including some kinds of exchange-traded funds.

“We are concerned that the Securities and Exchange Commission — which has always prided itself on serving as ‘the investors’ advocate’ — appears in recent years to have strayed from its primary focus on its investor protection mission,” the letter stated. “Given the vital role that average investors play in our markets and the overall economy, and the serious shortcomings that exist in the regulatory protections they receive, it is time in our view for these issues to be prioritized.”

Click here to read the entire article from InvestmentNews. 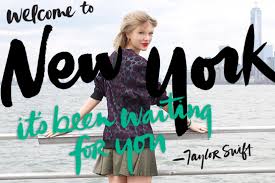 “We believe VSR is positioned to contribute value to our network of firms, and we are excited to begin our partnership with VSR’s leadership team to bring industry-leading platforms and tools to their financial advisers,” Cetera Financial CEO Lawrence Roth said in a release. “The firm adds a strong family culture which complements the individual cultures of the existing Cetera Financial Group firms. VSR has an established presence, predominantly in the Midwest, and we look forward to working with their advisors to bring customized financial solutions to the growing number of Americans looking for independent financial advice.”

For the original article from the Kansas City Business Journal, click here.