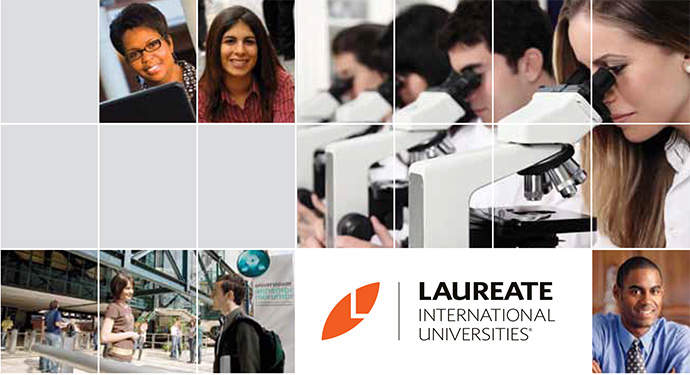 Brokerdealer.com blog update profiles Laureate Education Inc., the world’s largest for-profit college chain, is planning to launch a $1 billion initial public offering in the United States. Laureate Education was founded in 1998 by Douglas L. Becker as part of Sylvan Learning Systems. In 2007, an investment group lead by Becker bought the Laureate Education section of the company. The company now owns and operates more than 80 institutions, both campus-based and online, in 30 countries, with more than 800,000 students enrolled.

Laureate Education Inc., the largest for-profit college network in the world, is interviewing banks for a $1 billion initial public offering in the U.S., people with knowledge of the matter said.

The company, whose honorary chancellor is former President Bill Clinton, has been meeting with potential underwriters for an IPO that could value the education juggernaut at about $5 billion, said the people, who asked not to be named discussing private information. The company, based in Baltimore, owns 84 universities, mostly in emerging markets.

Laureate was taken private in a management-led $3.8 billion buyout in 2007, backed by an investor group including KKR & Co. and Citigroup Inc. The company pursued an IPO three years ago, people familiar with the situation said then, which never materialized. It would be the the biggest school chain to go public, edging out Nord Anglia Education Inc., the second-biggest, which raised $350 million last year.

The market climate surrounding for-profit education could be better. The For-Profit Education Index of 13 companies, including DeVry Education Group Inc. and Apollo Education Group Inc., has plunged 55 percent through Wednesday since its peak five years ago. Enrollment has slowed amid recruiting abuses and student debt concerns, leading to a regulatory crackdown.

To continue reading this article on the world’s largest for-profit college chain’s quest for an IPO, click here. To find a brokerdealer to help you get in on this IPO and others like it, click here.

Brokerdealer.com blog update profiles website AshleyMadison, an adultery website seeking to an IPO for the second time. The company has been experiencing a boom in business and wants the funds for marketing and international expansion. This brokerdealer blog update is courtesy of Bloomberg Business’s article, “Adultery Website AshleyMadison Seeks IPO as Demand Booms” with an excerpt below.

To continue reading about the success of this adultery website and its second attempt at an IPO, click here. 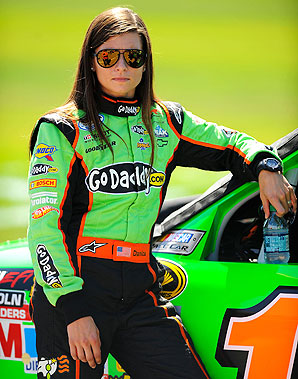 Brokerdealer.com blog update profiles Internet domain registrar and web hosting company, GoDaddy filing for an IPO. GoDaddy is largest web hosting company with said to have had more than 59 million domain names under management. Brokerdealers excitedly await the launch of GoDaddy’s IPO because it is anticipating to be valued billions of dollars. This Brokerdealer.com blog update Leslie Picker’s article “GoDaddy Seeks Up to $2.87 Billion Valuation in U.S. IPO” from BloombergBusiness.

GoDaddy Inc., the provider of domain names and website hosting, is seeking a valuation of as much as $2.87 billion in an initial public offering.

The company is seeking to raise as much as $418 million, offering 22 million shares at $17 to $19 apiece, according to a regulatory filing Thursday. Those terms imply a market value of $2.57 billion to $2.87 billion.

GoDaddy’s IPO comes more than three years after a group led by KKR & Co. and Silver Lake Management acquired the Scottsdale, Arizona-based company for $2.25 billion. Now that the price range is set, GoDaddy can officially begin marketing the sale to investors. The IPO is scheduled to price March 31, according to data compiled by Bloomberg.

GoDaddy is seeking a valuation at a discount to other Web-services providers. At the high end of the range, GoDaddy would fetch a multiple of about 2.1 times last year’s sales, while Endurance International Group Holdings Inc., which provides Internet hosting, trades at 3.7 times and Cognizant Technology Solutions Corp., a consulting firm, trades at 3.1 times, data compiled by Bloomberg show.

To read the full article from BloombergBusiness, click here. 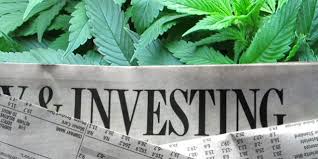 About a month ago, the Brokerdealer.com blog profiled Peter Thiel’s Founders Fund, a venture capital firm best known for backing tech companies including Facebook, SpaceX, Airbnb and Spotify, making a multimillion-dollar investment in Privateer Holdings, a Seattle-based private equity firm focused on pot. Now the further success of this private equity firm hangs on the outcome of a current pot court case in California.

A federal drug enforcement agent turned private-equity manager at a firm backed by PayPal Inc. co-founder Peter Thiel is watching the trial of a garden-variety pot grower with high hopes for the nascent marijuana industry.

It may sound like an only-in-California story — and it is, for now — but a win by the defendant may move the entire nation toward legalization of a business some value at more than $50 billion a year.

Patrick Moen, head of compliance and chief lawyer at Privateer Holdings Inc., an investment firm focused on cannabis, is following the case of a man described by prosecutors as the “go-to” guy at a sprawling marijuana plantation in the mountains of Northern California.

The defendant’s lawyers won the right to challenge the government’s treatment of marijuana as a controlled substance, as dangerous as heroin. They’re making their final pitch Wednesday for a federal judge to declare the government’s position unconstitutional in light of evidence of pot’s medical uses and steps the U.S. has taken to recognize legalization efforts in several states.

A defense win would boost the legal market for cannabis-related products and confirm for investors that the times for pot are changing.

“It’s pretty obvious that a positive outcome would be well-received by policy advocates and the markets,” Moen said in an interview. “Just the fact that the judge has agreed to consider the issue is an enormously significant event.”

Moen, who in November 2013 became the first agent to leave the U.S. Drug Enforcement Administration for a job in the cannabis industry, according to the Privateer Holdings website, said he wasn’t alone at the DEA in believing that banning marijuana “was foolish and a waste of resources.”

While most of his cases involved crack cocaine, heroin and methamphetamine, his team busted medical-marijuana growers in Oregon, he said. Moen said he came to the realization that “this whole policy is just wrong.”

Some DEA colleagues were disappointed with his new career, though most were supportive and share his feelings, Moen said, adding that he’ll be looking to hire former agents in the next year as part of his effort to professionalize the cannabis industry.

Founders Fund didn’t say how much it contributed.

Voters in Alaska, Oregon, Washington, Colorado and the District of Columbia have legalized recreational marijuana, and medical use of the drug is allowed in 23 states.

Pot smokers and investors are tracking the Sacramento, California, case of Brian Pickard, one of 16 people charged in 2011 with growing almost 2,000 marijuana plants in a national forest and in gardens off a dirt road in Hayfork, a town of 2,000 about 100 miles south of the Oregon border.

U.S. District Kimberly Mueller, an appointee of Democratic President Barack Obama, decided last year to allow Pickard’s lawyers to argue that classifying pot as one the nation’s most dangerous drugs is irrational.

On paper, there’s no good reason to invest in Russia right now. The country’s dealing with a collapsed currency, plunging oil prices, recession, conflict in Ukraine, sanctions, and a government that’s hard to predict. The MSCI Russia Index lost almost half its value last year, and those losses could continue in 2015 and even into 2016. On Monday, as fighting in Ukraine intensified, the ruble dropped another 2.3 percent against the dollar, to its lowest level since Dec. 16.

For the intrepid, the thrill-seeking, or the very wealthy, however, Russia still has an appeal. Since August, investors have poured $861 million into the Market Vectors Russia ETF (RSX), the largest U.S.-based Russia fund. “In investing, what is comfortable is rarely profitable,” according to investment firm Research Affiliates in a new analysis. “Investing in Russia now is definitely discomfiting, but it might pay off in the long run.”

Here’s the opportunity they see:

Investors are watching Russia’s inscrutable and unpredictable government for any signs that President Vladimir Putin might be ready to make nice with the West or reform the Russian economy. So far, no dice. But, historically the Russian government has been more “business-friendly and reform-minded” when oil prices are low, Bank of America strategist David Hauner said in a Jan. 12 research note. Oil under $50 a barrel could spur Putin to do something about Russia’s economy, famously unproductive and overly reliant on the energy industry.

Sanctions are depriving Russia of the foreign technology and capital it desperately needs, to the tune of $100 billion in capital this year, BofA estimates. But, Research Affiliates notes, those sanctions are “relatively mild” compared with those imposed on Iran, Cuba, or North Korea. And Russia still has relatively low debt and high currency reserves, while it continues to provide much of Europe’s energy. “Logically, this crisis should pass,” Research Affiliates says.

Finally, in exchange for the extreme risks involved with Russia, investors are getting some outstanding deals. The MSCI Russia Index’s price-earnings ratio is 4, compared with the Standard & Poor’s 500-stock index’s 18.1. Based on their valuation, Research Affiliates calculates Russian stocks could return 16.9 percent per year over the next 10 years, more than any other developed or emerging market.

Then again, the firm also expects Russia to be the second-most volatile market in the world during that time span, after Turkey. Investors may need strong stomachs for quite a while: Without reforms, Bank of America estimates Russia won’t fully recover from this downturn until 2019.

For the original article from Bloomberg Businessweek, click here.