(Bloomberg) Algorithmic and high-frequency traders in the U.S. may soon get even greater access to Russian markets via Russia-based brokerdealer BCS Financial Group.

BCS Financial Group, one of Russia’s biggest brokerdealers, agreed in October to purchase a New York-based unit of AO Alfa Bank. It expects regulatory approval by the end of 2015. Should that happen, BCS aims to use the acquired business to give American automated trading firms and other clients increased access to the Moscow Exchange.

Through its London office, BCS already works with 10 algorithmic traders “with American roots,” including one of the biggest, Virtu Financial Inc., according to Roman Lokhov, the head of global markets at BCS. The company aims to increase the number of U.S. clients to 50 to 70 in the next two years as it expands into high-frequency trading and other businesses, he said during an interview in Moscow.

“We can give them infrastructure and high-speed access to Moscow Exchange — I mean micro- and nanoseconds,” Lokhov said.

Anybody who takes BCS up on its offer may face increased scrutiny from the Bank of Russia, which said in September that it’s monitoring high-speed traders to ensure they’re not manipulating the market. Algorithmic firms now account for more than half the stock trading volume at the Moscow Exchange.

Many high-frequency traders are market makers, meaning they provide liquidity for other firms that want to trade. That strategy works best during times of volatile prices, and Russia offers just that; the ruble has sunk 20 percent versus the dollar in the past six months, making it one of the most volatile currencies in emerging markets, according to data compiled by Bloomberg.

International investors have withdrawn from Russia in the past year as sanctions over Ukraine and the decline in oil prices hobbled the economy. While the price volatility coupled with a reduction in geopolitical risk have lured foreign speculators back to the market recently, BCS is not seeing a renewed interest in the country’s assets from institutional funds with a longer-term outlook, according to Lokhov. Capital outflows from Russia may reach $70 billion this year, according to central bank estimates, following record withdrawals of more than $150 billion in 2014.

For the full story via TradersMagazine, please click here 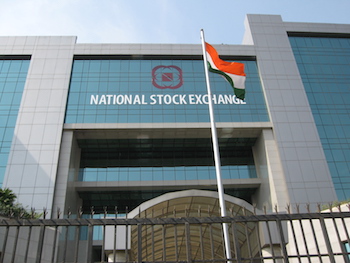 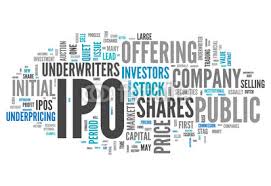 BrokerDealer.com blog update profiles the second swing at the IPO bat by high-frequency-trading firm Virtu Financial Inc. The coverage is courtesy of TradersMag republishing of story from Bloomberg LP —

(Bloomberg) -Virtu Financial Inc., which delayed its initial public offering amid a furor over high-frequency traders, said it plans to raise as much as $314 million in a share sale.

The company will offer about 16.5 million shares at $17 to $19 apiece, according to a regulatory filing Monday. At the high end of the offering range, Virtu would be valued at about $2.6 billion, based on 136.5 million shares outstanding, the amount if all classes convert to Class A, the document shows. All of the shares are being sold by the company, rather that existing investors.

The filing precedes formal marketing of the deal, a process that was delayed after “Flash Boys,” the Michael Lewis book released in March 2014, alleged that high-speed traders, Wall Street brokerages and exchanges have rigged the $24 trillion U.S. stock market. Amid the heightened scrutiny caused by the book and various regulatory investigations, officials involved in the offering decided to shelve the deal.

Virtu’s revenue last year was $723 million according to the filing, an 8.8 percent increase from 2013. Net income rose to $190 million from $182 million the previous year. The 148- employee company, which uses computerized strategies to buy and sell everything from stocks to currencies, has had only one losing days in its six years of operation.

“Over a million times day, we’re not making money,” Chief Executive Officer Doug Cifu said at an industry conference last June. “But when you add up the volume of instruments that we trade, the tens of thousands of strategies that we trade in all the different marketplaces, it’s simply the law of large numbers, and, as a result, yes, we are profitable every day.”

Virtu has thrived as two decades of market reform and computer advances helped automated traders largely supplant humans on the floors of exchanges around the world. The company’s main business is market making, using software to provide standing offers to buy and sell stocks and other securities.

The past year has seen the departure of Virtu’s President, Chris Concannon. He left for Bats Global Markets Inc. in November and became CEO of the exchange operator on March 31.

Virtu started in 2008 by trading U.S. stocks and has since expanded worldwide and into assets including government bonds, currencies and futures. The firm makes markets in more than 11,000 securities and other financial products, trading on more than 225 exchanges in 34 countries, according to its filing.

Electronic market-making firms such as Virtu use automated systems to earn money off the prices that buyers are willing to pay and sellers are willing to offer. They depend on scale to make money given the compression between bids and offers during the past decade. 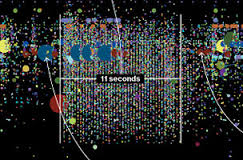 BrokerDealer.com blog update profiles the latest shoe to drop as both the US Securities & Exchange Commission (SEC) and Finra contemplate regulatory changes that could require firms engaged in high-frequency trading aka HFT to become registered brokerdealers. Below is excerpt of coverage from FT.com

US regulators have moved to close a loophole that allows some high-frequency trading firms that trade equities away from regulated exchanges to operate with light supervision.

The Securities and Exchange Commission on Wednesday proposed requiring proprietary traders to become members of the Financial Industry Regulatory Authority, a markets regulator.

The change would give authorities greater oversight for the day-to-day operations and recordkeeping for many high-speed traders and electronic market makers who dominate much of trading on US equity markets.

It is the first move by the US regulator to tighten monitoring of high-speed electronic traders, which aim to profit from rapid-fire moves in the market, following intense scrutiny on the industry a year ago. Flash Boys, a book by author Michael Lewis, alleged that high-frequency traders were among the beneficiaries to a market structure that was “rigged”. That led to calls for greater oversight of HFTs and off-exchange trading which had been building as equity trading increasingly moved to venues outside the traditional exchanges.

The SEC’s proposal would amend a rule that exempts certain brokers and dealers from membership in a national securities association. The existing rule reflected practices more than two decades ago, when equity markets were dominated by floor-based exchanges which could more easily regulate all of their members’ trading activity.

That world has largely disappeared as the emergence of high-speed technology and alternative trading venueshas helped usher in a new breed of proprietary traders that dominate trading. Although some have registered as broker-dealers at Finra, such as RGM Securities, Quantlab Securities and Tradebot Systems, there are also many that have not.

To read the entire story from FT, click here

Subsequent to BrokerDealer.com being contacted by IEX communications executive Gerald Lam in his effort to set the record straight re: erroneous news media coverage, this blog has kept an eye on IEX; below are extracts from an op-ed article written by IEX CEO Brad Katsuyama to Bloomberg LP and published on Aug 3

‘Flash Boys’ and the Speed of Lies 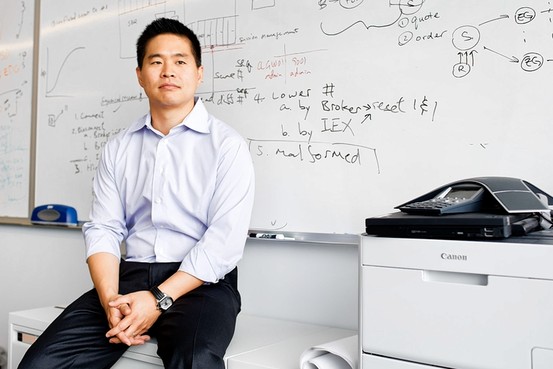 In the last few months, I have had a strange and interesting experience. In early April, I found myself the main character in Michael Lewis’s book “Flash Boys.” It told the story of a quest I’ve been on, with my colleagues, to expose and to prevent a lot of outrageous behavior in the U.S. stock market.

Many of us had worked at big Wall Street brokerdealer firms or inside stock exchanges, and many of us believed something was amiss in the market. But it took the better part of five years to discover exactly how the market had been organized to benefit financial intermediaries, rather than the investors, the companies or the economy it was meant to serve. Only after looking at a flurry of market innovations — 40-gigabit cross-connects, esoteric order types, microwave towers — did we understand that the market’s focus was less about capital formation and more about giving certain market participants an advantage over others. In the end, we felt that the best way to solve these problems was to build a stock market of our own, which we did.

After the book, our stock market, IEX Group Inc., became a topic of discussion — some positive, some negative, some true and some false. Fair enough. If you’re in the spotlight and doing something different, you should take the heat along with the light.

It’s for this reason that we have done our best to resist responding publicly to misinformation about our company — even when we read memos circulated inside banks that “Michael Lewis has an undisclosed stake in IEX” (he does not); that “brokers own stakes in IEX” (they don’t); or articles in the Wall Street Journal that said we let “broker-dealers jump to the front of the trading queue,” putting retail investors and mutual funds at a disadvantage (in reality, all orders arrive at IEX via brokers, including those from traditional investors). Our hope in staying quiet was that the truth would win out in the end. But in recent weeks, the misinformation campaign has hit a new high (or low), and on one particularly critical matter, we feel compelled to set the record straight.

For the entirety of IEX CEO Brad Katsuyama’s Aug 3 op-ed piece to Bloomberg News, in which he seeks to dispel the erroneous information published by industry news media and select broker-dealer industry analysts, please visit the Bloomberg site at http://www.bloombergview.com/articles/2014-08-03/flash-boys-and-the-speed-of-lies

For those who are challenged with reading, Katsuyama was interviewed on Bloomberg TV Aug 5…The link to that video is http://www.bloomberg.com/video/iex-s-katsuyama-on-hft-full-exchange-ambitions-B0MB~4T7SIiBquvLC8nbLQ.html