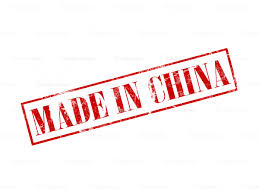 BrokerDealer.com provides the most comprehensive  global database of broker-dealers based in more than 30 countries throughout the world

“This collaboration agreement is consistent with SinoPac’s broader strategy of developing further business opportunities for clients abroad, particularly in the US, and is another major step in expanding our international product offering and capabilities,” said Jerry Jiang, senior executive vice president and head of the Institutional Business Group of SinoPac Securities.

Rosenblatt’s foreign—research chaperoning efforts originally focused on leading African and Middle Eastern brokers, such as Attijari Intermediation in Morocco, CardinalStone Partners in Nigeria, Global Investment House in Kuwait and Old Mutual Securities in Kenya. With the addition of SinoPac’s coverage, between Rosenblatt’s proprietary research and that of its chaperoning partners, Rosenblatt clients now have access to dozens of analysts in sixteen developed, emerging and frontier markets covering nearly 500 companies.

Plans for new regulations on direct foreign investment in the Saudi Arabian stock market have been outlined, setting out requirements and limits for oversees buyers seeking to buy into the region’s biggest exchange.

On August 21 the Capital Market Authority (CMA) released detailed information on opening up the Saudi Stock Exchange (Tadawul) to foreign investors, following on from the Saudi cabinet’s approval for the initial proposal in late July.

Although this marks a further liberalisation of the market, a series of caps on trading will restrict the ownership levels within individual companies and overall foreign participation on the exchange.

The combined market valuation of the Tadawul is around $530bn at present, representing about 45% of the total capitalisation in the MENA region. Jadwa Investment forecasts a $40-50bn injection from total foreign inflows beyond the short term.

The initial response to the reform was positive. The Tadawul rose some 10% up to the end of August, hitting a six-year high on August 26 with a surge in the value of shares bought by foreign investors via equity swaps. Since the release of the detailed draft regulations the market has eased off its highs of late August, possibly as investors digest the operational limits the CMA plans to put in place.

Even with the caps, investors will see the opening of the Tadawul to foreign buyers as a significant opportunity. Over the past decade, and despite the downturn in the wake of the global financial crisis, the exchange has shown a return of 120%, according to an HSBC report, issued in mid-August. Investors will also be lured by the strong fundamentals of the Saudi economy and outperformers such as the world’s biggest petrochemical firm, Saudi Basic Industries Corp (SABIC).

“The opportunity set for foreign investors is too significant to pass up given the quality of the corporations and market breadth relative to other frontier markets in the Middle East that come with a higher risk premium attached,” Neil Azous, founder of research firm Rareview Macro LLC, told Bloomberg.

For the full story, please click on this link.

Rinehart Capital Partners LLC, which had been backed by hedge-fund veteran Lee Ainslie and specialized in emerging-markets stock-picking, is closing, according to a letter viewed by The Wall Street Journal.

In the letter, Rinehart founder Andrew Cunagin aligned himself with those who have been critical of the rise of fast-moving traders. END_OF_DOCUMENT_TOKEN_TO_BE_REPLACED

Ecuador, banished from international capital markets since bailing on obligations in 2008 and 2009, sold $2 billion of bonds today after rebuilding its credibility with investors.

The nation issued the 10-year dollar-denominated securities to yield 7.95 percent, according to data compiled by Bloomberg. Credit Suisse Group AG and Citigroup Inc. managed the offering.

A month ago, hedge fund Greylock Capital Management LLC said Ecuador agreed to buy back about 80 percent of remaining defaulted debt from 2008 and 2009 to help pave the way for its bond sale. Retiring the securities would help protect a new bond sale from any possible legal wrangling stemming from the default, according to Moody’s Investors Service.

The Ecuadro deal came on the heels of Kenya’s first-ever international-bond sale, which attracted $8 billion worth of orders for two chunks of bonds totaling $2 billion. The Kenya deal was the largest-ever debt sale by an African country.

Noted the WSJ, “Frontier stocks and bonds have logged better performance than their emerging-market counterparts in recent months, and have attracted increasing amounts of cash from investors. As well, Cyprus is gearing up for its first public bond sale since receiving a bailout a year ago.”

As a follow-up to BrokerDealer.com/blog spotlighting KKR’s investment in flower firm Afriflora, a description of the African Securities Exchange Association (ASEA), which brings together members from the 23 securities exchanges in Africa  can be found here.

Africa investor, the trading platform from Marco Polo World  seamlessly connects African Brokers and Exchanges with global buy side originators, broker dealers and exchange points. It represents the most formidable order dissemination and execution network for Africa available in the market today.

If you’re considering trading into and out of Africa and emerging markets, talking with the Africa investor Marco Polo Network should be your first step. We offer the simplicity of a single connection to African and emerging markets around the globe.

For firms that originate trades into Africa and local brokers that execute them, The Africa investor Marco Polo is the electronic, FIX-enabled trading network that brings transactions into compliance with regional rules and regulations, allowing for seamless cross-border transactions.

These capabilities are multi-directional. Traders that are based in Africa use the same platform to execute trades outside of their own borders, without worrying about different versions of FIX or trading rules and regulations in other countries.