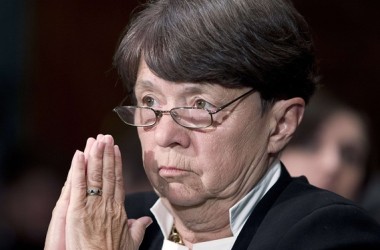 (MarketsMuse.com) SEC Chair Has A Dream (to reign in complex ETFs, make brokers and advisers pledge to be fiduciaries and to impose more exams on brokers)

SEC Mary Joe White has a dream, and even if she aspires to leverage the inspirational outlook of  Dr. Martin Luther King, securities industry members are debating whether her dream could prove to be a reality any sooner than the civil rights agenda expressed by Dr. King so many years ago.  In a series of comments during the past several weeks from Chairperson White regarding the SEC’s agenda for the remainder of her tenure as President Obama’s designated SEC Chairperson, Ms. White, who is operating with only 3 of 5 Commissioners until two open vacancies are filled before the Second of Never,  she is vowing one of the top three items on her list includes “better understanding exchange-traded funds aka ETFs before the SEC approves prospectuses.” That makes sense.

One only wonders why that elementary concept had never occurred to any one previously—despite repeated calls from among others, former SEC Commissioner Steve Wallman (1994-1997) who has long questioned the approval process for many of the complex exchange-traded products the SEC has rubber-stamped, including inverse and commodities-related products that even professionals often do not understand.  Since his departure from the SEC, Wallman has proven adept at doing the right things while serving at the helm as Founder/Chairman/CEO of the investment firm Foliofn.com.

Other matters of importance according to White include “the desire on part of SEC to introduce “fiduciary definitions for registered advisers and brokers..” which in plain speaks means : White’s agenda is to figure out how to completely change the culture of the securities brokerage industry by forcing people to be ethical and moral. MarketsMuse sources have indicated White is proposing to have those folks swear an oath that says:

“My first obligation is to protect my clients’ interest above all else and to make sure I never even think of trying to sell them something that might be inappropriate for their goals or possibly even toxic—despite the fact my office manager says I have to sell house product only or I’m out of a job. After I meet that first obligation, my second obligation is to then make enough money to pay for my kids college and have enough left over for that condo in Florida.”

Insiders familiar with White’s agenda have told MarketsMuse that she has acknowledged her seemingly altruistic mission is not without challenge or headwinds given that the “securities industry at large is much like the NRA when it comes to influential prowess.”

Directly and indirectly, Wall Street firms and its executives contribute hundreds of millions of dollars every year to lobby SEC Officials and members of Congress(which the SEC reports to) on behalf of their interests—which presumably includes two big drivers that have driven the investment industry since the days of Joe Kennedy Sr.: (i) selling investment vehicles that look great on paper and in marketing collateral [even if they might or might not prove to be toxic at some point and might or might not be appropriate for a specific individual given that people’s moods change a lot] (ii) how to pay the mortgage on the brokers’ first house, the $200k for each of their kids college tuition bills, the country club memberships that provides venues in which to sell those investment products,  sharpen up the golf game, and of course, pay for the second and third homes, etc etc.

Another item on White’s laundry list is to expand the  exam program for registered brokers and advisers. Currently, 10% of the nearly 12,000 advisers sit and take ‘refresher tests’ that are abridged versions of the Series 7—an exam that has approximately 40% brokers FAIL the first time and 30% fail the second time. Some could argue the test is maybe too difficult, given the national average score is 67 vs. a passing grade of 72. Or, one could argue the barrier to entry to become a registered broker or adviser is simply being a good test taker. Idiots and Muppets can get licensed, as long as they take 8 practice exams the night before the actual exam and memorize the correct answers. So, Chairperson White wants more folks taking more tests; a good thing for the SEC because this is big a revenue-generator for the Agency—which has repeatedly claimed it does not have enough money to even pay for air conditioning in its Washington DC office. Staff members have said this alone is vexing, given that SEC examiners and enforcement agents have become accustomed to keeping windows wide open five months of the year and continuously grapple with files on their desks blowing out of their windows and many of those files pertain to complaints filed by investors and updated paper notes sent by from enforcement agents in the field via courier pigeons.

Courtesy of  an admittedly more illustrious news media outlet than MarketsMuse might be, the following is ‘official coverage from InvestmentNews.com: 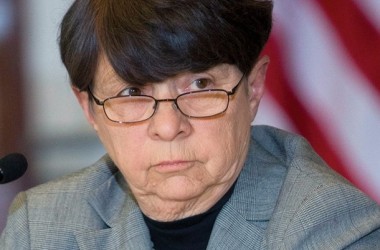 SEC Chairwoman Mary Jo White says slow pace for instituting new fiduciary mandates for brokerdealers and registered investment advisors is because “the SEC wants to avoid unintended consequences and ‘get it right.’

10 November (InvestmentNews.com)- Securities and Exchange Commission Chairwoman Mary Jo White said Tuesday that agency staff is “full-out” working on a proposal to raise standards for retail investment advice, but that it would take time to “get it right.”

BrokerDealer.com is home to the largest global database/directory of brokerdealers operating in more than 30 countries across the free world.

A primary reason for the slow pace is that the SEC wants to avoid unintended consequences, Ms. White told the audience at the Securities Industry and Financial Markets Association annual conference in Washington.

“If at the end of the day, you are depriving retail investors of reliable, reasonably priced advice, you will not have succeeded, obviously, in your purpose,” she said.

Ms. White’s comments echo those the industry makes when it criticizes the Labor Department best-interests rule for advice on retirement accounts, which is on its way toward finalization.

“It is a reminder that hopefully the DOL will reconsider [its proposal] due to the complexity of the issue,” Ira Hammerman, SIFMA executive vice president and general counsel, said in an interview. “The DOL should re-propose what they’re contemplating so that all interested parties can get one more look at what the DOL thinks the solution is.”

In the five years since the Dodd-Frank financial reform law gave the SEC authority to promulgate a rule that would require all retail investment advice to be given in the best interests of the client, the SEC has not made discernable progress.

“We will move on it as expeditiously as we can,” Ms. White said. “We must get it right and really take into account the complexities and impact. But we’re very full-out focused on it.”

In March, Ms. White told a SIFMA conference she wants the SEC to move ahead on a fiduciary rule. At Tuesday’s SIFMA meeting, she declined to give a timeline, but said crafting a proposal could be a protracted process.

“It’s not a short, quick, uncomplicated rulemaking,” she said.

In addition to a fiduciary duty rule, the SEC is working on a rule that would allow adviser examinations by third-party organizations.

In a meeting with reporters on the sidelines of the conference, Ms. White said the agency is further ahead on the exam rule than the fiduciary rule, but “it’s going to take time to do them right.”

Due in part to the timing of an SEC rule, an advocate for the DOL rule said the agency should proceed independently.

“Nothing that Chair White said today provides any justification for the DOL’s delaying or reconsidering its efforts,” said Barbara Roper, director of investor protection at the Consumer Federation of America. “They need to finalize the rule.”

For the full story from InvestmentNews Daily, please click here