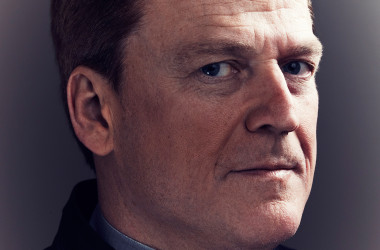 (MarketsMuse) 09 Sept–“What’s Next? Well, for those familiar with Patrick Byrne, the controversial and innovative founder of Overstock.com, one of the first online retailers to embrace the use of bitcoins, it should not be a surprise that Overstock’s chief honcho would ‘get the joke’ and realize its all about the underlying technology that powers cryptocurrency applications, known as distributed ledger. While bitcoin currency continues to encounter challenges in terms of mass embracement, the real grease that makes the makes the wheels turn is under the hood. With that, Overstock subsidiary “T0” (T-zero) is taking a page from both the industry consortium formed by R3 and the Senahill-backed Symbiont –both of which target institutional capital markets usage–and aiming it’s own sights on retail investors by setting to launch an equities-centric Alternative Trading System aka ATS powered by their own blockchain formula.

A distributed ledger is a consensus of replicated, shared, and synchronized digital data geographically spread across multiple sites, countries, and/or institutions.
A blockchain is a type of distributed ledger, comprised of unchangable, digitally recorded data in packages called blocks.
Rob Daly of MarketsMedia (not related to MarketsMuse) provides the scoop..

Online retailer Overstock.com expects trading to begin on its blockchain-based alternative trading system before the end of the year, according to company officials.

The ATS will be operated by Overstock.com subsidiary TO as part of the company’s Medici Project, and it will only handle trades in the company stock, at least at first. So while it’s not an immediate competitive threat to the existing field of 13 U.S. stock exchanges plus several dozen ATSs, the initiative will be closely watched as a gauge of the potential of distributed-ledger technology in capital markets.

The ATS will write completed trades to its blockchain instead of routing them to the National Securities Clearing Corp., a subsidiary of Depository Trust & Clearing Corp., for clearing.

Overstock.com plans to prime the liquidity on the ATS through a new issue of corporate shares to existing shareholders the day before trading commences on the new trading venue.

T0 officials plan to formally announce its partnership with a broker-dealer on Sept. 12. “For those who want to trade on the ATS, they will have to create an account with the broker-dealer,” said Overstock’s man-in-charge Judd Bagley, who declined to name the brokerage firm.

To continue reading the story from MarketsMuse.com, click here