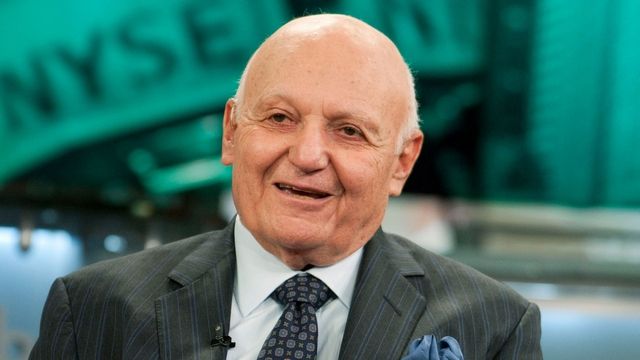 July 25- Alan C. “Ace” Greenberg, who as chief executive officer of Bear Stearns Cos. transformed a small bond shop into the fifth-largest U.S. securities firm before it collapsed in 2008 in one of the key events of the global credit crisis, has died. He was 86.

He died Friday at Mount Sinai Hospital in New York of complications from cancer, his son, Ted Greenberg, said in an e-mail.

An amateur magician and bridge player, Mr. Greenberg took over New York-based Bear Stearns in 1978, when it was a private partnership with about 1,000 employees and $46 million in capital. He expanded shareholders’ equity to $1.8 billion and headcount reached 6,300 by 1993, when he handed power to James “Jimmy” Cayne, himself a one-time professional bridge player. Mr. Greenberg stayed on with Bear Stearns as an equities trader.

The forced sale of 85-year-old Bear Stearns to JPMorgan Chase & Co. in March 2008 followed a bank run by clients that left Bear Stearns on the brink of bankruptcy. The firm’s troubles traced to 2007, when two of its hedge funds tied to the real estate market collapsed. In a 2010 book, Mr. Greenberg said the run on Bear Stearns in 2008 stemmed from “a groundless rumor” that it had a liquidity problem at a time when it had $18 billion in cash reserves.

On March 16, 2008, JPMorgan Chief Executive Officer Jamie Dimon agreed to buy Bear Stearns for $2 per share, later raised to $10. The stock had traded at $172 in January 2007. After the sale, Mr. Greenberg became vice chairman emeritus of JPMorgan.

“It’s hard to imagine a financial services industry without Ace,” Mr. Dimon and the firm’s head of asset management, Mary Erdoes, said Friday in a memo to employees.