The British capital is staking a claim as a global leader for financial technology start-ups. 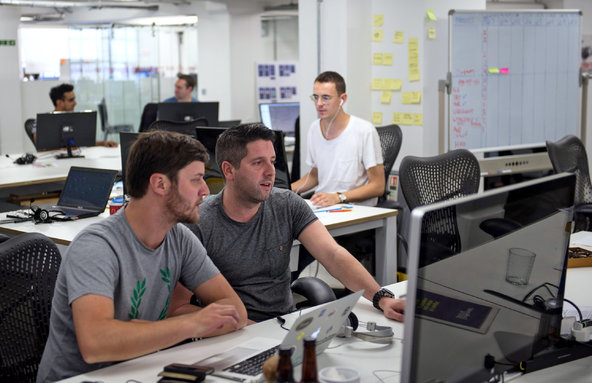 Andrew Testa for The New York TimesTransferWise, which offers foreign exchange transfers without large bank fees, is one of the companies making up London’s growing financial technology start-up scene.

On Monday, TransferWise, one of the city’s most prominent financial technology companies, said it had raised $25 million from a range of investors, including Peter Thiel, a co-founder of PayPal, and the British billionaire Richard Branson.

The company says it has processed roughly 1 billion pounds, or $1.7 billion, of transactions over the last three years, saving its customers around £45 million in banking fees that would have been incurred when sending money to another country.

The London-based start-up, which in 2013 raised $6 million from investors, including from Mr. Thiel’s venture capital firm, Valar Ventures Management, offers foreign exchange transfers across Europe but has yet to break into the United States. (The company offers a limited product for dollar transactions that does not include using peer-to-peer technology to match customers in different countries.) The company’s largest markets are currently Britain, Germany and France.