On paper, there’s no good reason to invest in Russia right now. The country’s dealing with a collapsed currency, plunging oil prices, recession, conflict in Ukraine, sanctions, and a government that’s hard to predict. The MSCI Russia Index lost almost half its value last year, and those losses could continue in 2015 and even into 2016. On Monday, as fighting in Ukraine intensified, the ruble dropped another 2.3 percent against the dollar, to its lowest level since Dec. 16.

For the intrepid, the thrill-seeking, or the very wealthy, however, Russia still has an appeal. Since August, investors have poured $861 million into the Market Vectors Russia ETF (RSX), the largest U.S.-based Russia fund. “In investing, what is comfortable is rarely profitable,” according to investment firm Research Affiliates in a new analysis. “Investing in Russia now is definitely discomfiting, but it might pay off in the long run.”

Here’s the opportunity they see:

Investors are watching Russia’s inscrutable and unpredictable government for any signs that President Vladimir Putin might be ready to make nice with the West or reform the Russian economy. So far, no dice. But, historically the Russian government has been more “business-friendly and reform-minded” when oil prices are low, Bank of America strategist David Hauner said in a Jan. 12 research note. Oil under $50 a barrel could spur Putin to do something about Russia’s economy, famously unproductive and overly reliant on the energy industry.

Sanctions are depriving Russia of the foreign technology and capital it desperately needs, to the tune of $100 billion in capital this year, BofA estimates. But, Research Affiliates notes, those sanctions are “relatively mild” compared with those imposed on Iran, Cuba, or North Korea. And Russia still has relatively low debt and high currency reserves, while it continues to provide much of Europe’s energy. “Logically, this crisis should pass,” Research Affiliates says.

Finally, in exchange for the extreme risks involved with Russia, investors are getting some outstanding deals. The MSCI Russia Index’s price-earnings ratio is 4, compared with the Standard & Poor’s 500-stock index’s 18.1. Based on their valuation, Research Affiliates calculates Russian stocks could return 16.9 percent per year over the next 10 years, more than any other developed or emerging market.

Then again, the firm also expects Russia to be the second-most volatile market in the world during that time span, after Turkey. Investors may need strong stomachs for quite a while: Without reforms, Bank of America estimates Russia won’t fully recover from this downturn until 2019.

For the original article from Bloomberg Businessweek, click here. 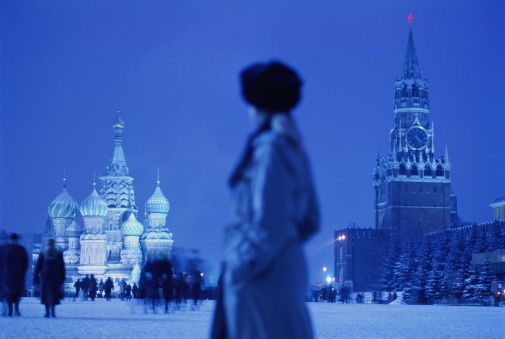 As part of the membership to Brokerdealer.com, members have free access to an investor database that offers access to many different types of investors including hedge funds. When picking your next investor, whether it be on a national or international level, be sure to pick an investor who you can trust and won’t lose all of the company’s assets like the Russian hedge fund, Blackfield Capital CJSC recently experienced.

Blackfield Capital CJSC was one of Moscow’s hottest hedge funds, hosting glitzy parties and embarking on ambitious plans to expand to the U.S.

The firm’s founder in 2013 even rented a Manhattan apartment for a record-setting price, according to a real-estate broker, and instructed his U.S. staff to buy a $300,000 sports car.

Now, the founder is missing, allegedly along with all of the firm’s assets, according to former employees, in an international mystery that has captivated Moscow’s investment community.

The firm’s employees didn’t know anything was amiss until mid-October, when three men charged into Blackfield’s offices in an upscale complex along the Moscow River in central Moscow, said people who were there.

The men, who didn’t identify themselves, said they were looking for Blackfield’s 29-year-old founder, , according to the people who were there.

But Mr. Karapetyan wasn’t in the office that day or the next, when senior executives explained to the staff of about 50 that there was no longer any money to pay their salaries, said one former senior executive and ex-employees. The executives disclosed that all the money in the company accounts—some $20 million, including investor cash—was also missing, they said. It couldn’t be determined whether investors were from Russia or other countries.

“Our CEO just…disappeared,” said Sergey Grebenkin, one of the firm’s software developers, in an interview.

Efforts to reach Mr. Karapetyan by phone, email and through associates and friends weren’t successful. Other senior executives didn’t respond to requests for comment.

Mr. Karapetyan hasn’t been accused of any wrongdoing. It couldn’t be determined whether the firm was still operating.

Interviews with more than a dozen former employees and executives at rival investment firms in Russia, as well as documents from the U.S., Russia and the U.K., provide a look at the firm’s demise.

Blackfield was launched in 2009 with plans to be on the cutting edge of modern markets. The firm focused on algorithmic trading, or the use of statistical analysis to detect patterns in the markets, on the Moscow Stock Exchange. By 2013, Blackfield traded as much as 2% of futures and options contracts on the Moscow exchange some days, according to former employees and rival firms. Several former employees said Mr. Karapetyan told them the firm once managed as much as $300 million.