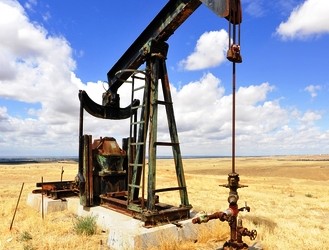 It’s been a harsh winter for investors in master limited partnerships (MLPs), which invest in energy pipelines and oil and gas exploration. Oil prices dropping by half has routed the sector.

And one of the most popular MLPs, Kinder Morgan, is an example of what may happen with other MLPs this year.

That was the second round of bad news for Kinder Morgan investors, who already had paid a whopping tax bill the previous year. In 2014, Kinder Morgan rolled up several partnerships under its control and restructured, converting from an MLP to a regularly listed C-corporation.

As a result, Kinder Morgan MLP owners got a surprise tax bill.Why? They lost the tax-sheltered income under MLPs, and had to report sizable taxable income when KMI decided to convert from an MLP into a regular corporation.

Then, in 2015, came the other shoe to drop, notes Alan Mandeloff, partner at accounting firm Citrin Cooperman in Center City.

The newly restructured Kinder Morgan stock slid from $42 early last year to just under $15 at year end, a loss of about 65 percent.

“If an investor sold their KMI stock during 2015, they would have been limited to the realization of a capital loss,” Mandeloff said: The maximum deduction of $3,000 per year.

“It’s true that the amount of loss in excess of $3,000 can be carried forward, but that’s a small consolation for someone who was forced to recognize what amounted to a fabricated profit in 2014,” Mandeloff said.

Morningstar, for instance, says similarly debt-burdened MLPs such as Plains All American Pipeline LP (PAA), ONEOK Partners (OKS), and Williams Partners (WPZ) may face the same choice: cut their dividends or restructure into a C-corporation. That could mean more painful tax bills for investors.

This has been a wake-up call to MLP management teams. Many did not manage their capital for a stressed market environment, Morningstar notes. MLPs likely will now want to position themselves to be less reliant on capital markets, analysts note.

“The midstream companies are not tied to the price of oil like the upstream companies are. They are basically collecting tolls on transportation of the commodity through their pipelines,” says Stan Hadam, senior vice president at Wells Fargo Advisors in Vineland, N.J.

What’s being called into question is the MLP business model – which has been paying out the majority of the cash flow in dividends and financing growth with debt and/or equity.

He still like MLPs for older investors – including his mother.

“When you buy an MLP, part of the advantage is that when you get a payout, or distribution, it’s not from a corporation. Money you get isn’t considered a corporate dividend. It’s a payout from a partnership. A large part of that is sheltered from taxes,” he notes.

But when Kinder Morgan switched from an MLP to a corporation, investors had to pay up. Even Daskin’s mother paid a big tax bill, although she had owned the MLP for some time and had built up some price appreciation in the underlying security.

MLPs are ideal for older investors who like the income, and have the time to hold them for years and even pass them on to their heirs, Daskin says.