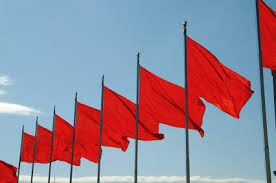 Brokerdealer.com blog update profiles broker, Jerry A. Cicolani Jr, who just recently was barred from the broker industry. Normally this wouldn’t be unusual, except it took 69 complaints filed against Cicolani before the Finra, or the FBI, finally did something about it. Not only had Cicolani received 69 complaints in his record, but he also was involved in a Ponzi Scheme as well. This brokerdealer.com blog update is courtesy of The New York Times’ Susan Antilla and her article, “Many Years of Overlooked Red Flags Catch Up to Stockbroker“. An excerpt from the article is below.

There are many brokerdealers who are Finra, SEC, and FBI compliant, to find one of those click here.

In most professions, it would take only one or two acts of egregious conduct before troubled employees were shown the door. In the case of one stockbroker who has repeatedly had complaints from investors, it took 69 customer disputes filed over the last 13 years before he was barred from the business.

The stockbroker, Jerry A. Cicolani Jr., had complaint after complaint documented in his formal record. Regulators and employers spotted red flags. Yet the organization primarily responsible for monitoring the nation’s 637,000 brokers, the Financial Industry Regulatory Authority, did not bar Mr. Cicolani until September 2014.

The Securities and Exchange Commission had already sued him, in May 2014, over his role in a Ponzi scheme. His most recent employer, PrimeSolutions Securities, based in Cleveland, fired him a day after that lawsuit was filed. And his customers had lodged complaints as far back as 2002.