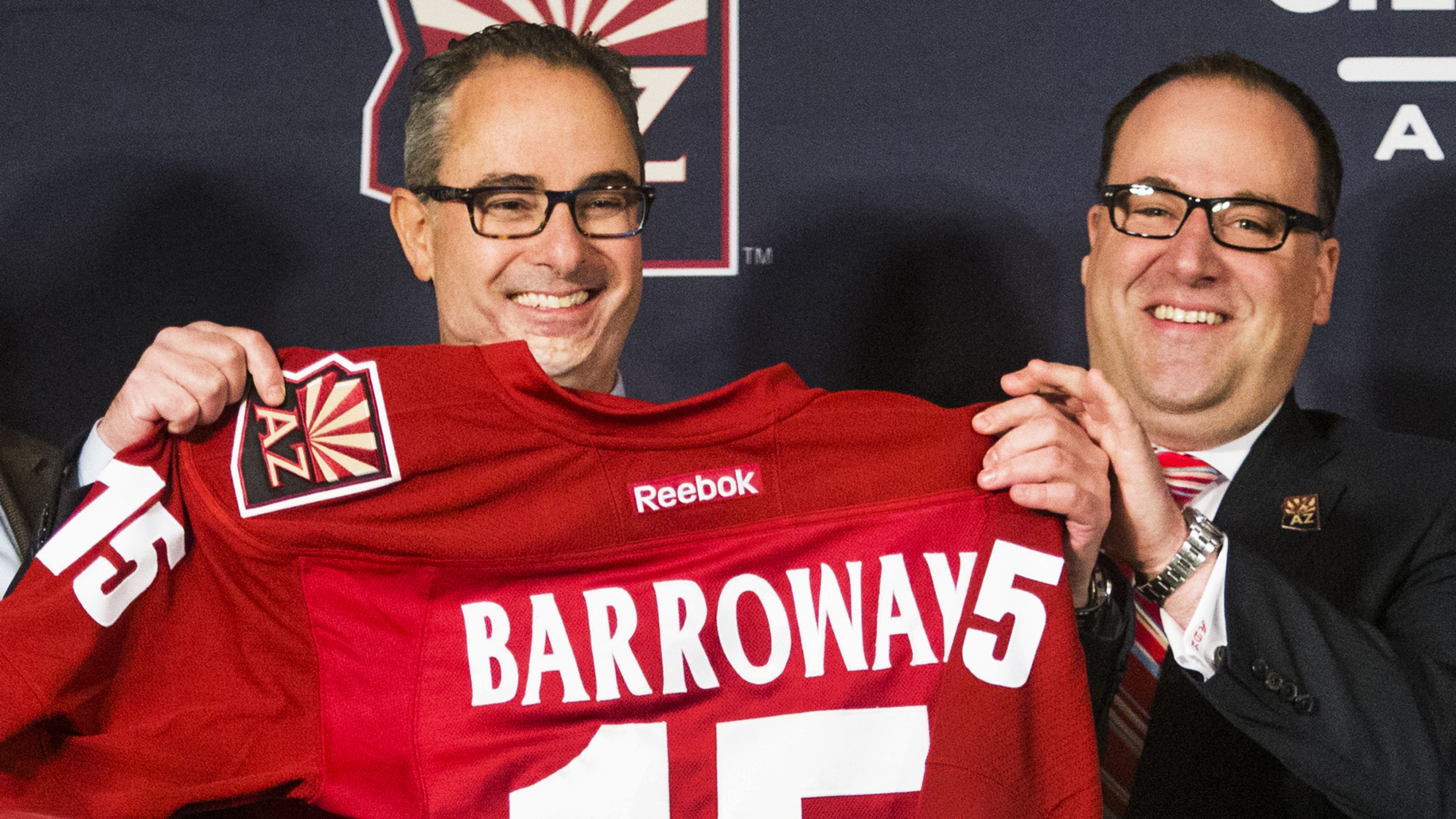 After two failed attempts, a managing partner at a hedge fund has finally reached an agreement with the NHL team Arizona Coyotes to become a team owner.

Call it a “Miracle on Ice.”

In his third attempt, hedge-fund manager A

has finally reached an agreement to acquire a majority share of an NHL franchise.

Barroway, a managing partner of Merion Investment Management, now owns 51% of the Arizona Coyotes and is the team’s chairman and governor.

This was the third attempt by Barroway to purchase an NHL team in the last two years. In 2012, a deal with the New Jersey Devils fell through. Last summer, he was certain he’d acquired a majority stake in the New York Islanders, but the team’s owner Charles Wang decided to sell to Jonathan Ledecky and Scott Malkin at the last-minute. This prompted a lawsuit by Barroway against the Islanders owner; however, the case was dropped as the Merion partner began his latest pursuit in Arizona.

Still, it wasn’t easy for Barroway to complete his three-year journey toward NHL ownership. Last month, multiple sources indicated that the deal was in jeopardy on news that Barroway was prepared to back out of a reported $155 deal. The Globe and Mail’s James Mirtle wrote that Barroway’s principle interest in “buying [the team] was to flip it.”

The New York Post reported in the fall that Barroway planned to resell the team to an ownership group that wants to move the team to Las Vegas. That news coincided with a report that NHL committed to a Las Vegas owner’s plan to hold a season-ticket drive to measure possible interest for a team in Nevada.

However, Barroway denied speculation that he would flip the team during an interview with Fox Sports last week.

“I am buying this team because I am a lifelong sports and hockey fan,” Barroway said. “It has always been my dream to become an owner. I want to bring a winner to the Valley. That [report] couldn’t be any more false. I am thrilled to be here and am thrilled to be an owner and would not have gone through this difficult process in buying a team just to go flip it.”

Barroway said he plans on being an active owner while remaining engaged in his day-to-day role at his fund. Merion Investment Management has more than $1 billion in assets under management.

“Brokerdealer.com could be the right domain for this new player in the business intelligence space when considering the evolution of the JOBS Act in the U.S., the global embracement of crowd-funding in advance of traditional investment bank capital-raising techniques and the depth of global contact information available within the brokerdealer.com database. The social networking function within its subscriber-based platform is compelling, and it’s advertising-free.”

Brokerdealer.com was designed to help connect companies seeking broker dealers, funding, underwriting, or lead manager assistance for debt and equity offerings. The platform was created out of the need to give entrepreneurs, investors and data providers the ability to connect with one another. The broker dealer databases found on brokerdealer.com includes information such as broker dealer’s name, address, phone, URL/emails, and most important, a description of what the broker-dealer actually performs. If a company is seeking to raise capital for a real estate project the user will be able to filter the broker dealer databases – on a global scale – and reach out.