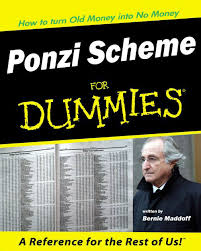 California-based RIA is in big trouble after leading investors to believe that what they were doing was given the OK from the SEC. GLR Advisors were running a basic ponzi scheme over the last ten years with no one including the SEC noticing until recently.

Most advisors know better than to oversell a product’s performance, but what about its “approval” by the SEC?

The SEC barred a California-based RIA from the industry this week after the firm was charged with misleading investors — including falsely claiming that its fund was “SEC approved.”

According to charges filed by the SEC in 2012, John A. Geringer of GLR Advisors and GLR Capital Management raised over $60 million by inflating the performance and misrepresenting the strategy of a private investment fund he told investors was “SEC approved.”

Between 2005 and 2011, the SEC says, the firm advertised its “SEC approved” GLR Growth Fund as having returns of 17%-25% during every year of its operation.

The commission says GLR’s marketing materials claimed the fund was “tied to well-known stock indices such as the S&P 500, Nasdaq and Dow Jones, as well as in oil, natural gas and technology-related companies.” But since mid-2009, the regulator says, the fund did not invest in any publicly-traded securities. Instead, funds were placed in “illiquid investments” in two private startups and used to pay back other investors and fund the “entities Geringer controlled,” the SEC says.

Beyond that, the SEC charges, “to the extent Geringer engaged in actual securities trading, far from generating high annual returns, he consistently lost money.”

Geringer could not be reached for comment. His attorney William Michael Whelan declined to comment on the case.

Needless to say, registration with the SEC does not imply endorsement by the regulator. So why were these advisors able to get away with it — not to mention the Ponzi scheme — for so long?

According to Todd Cipperman, principal at Cipperman Compliance Services, the SEC can only examine about 10% of advisors each year, making it easier for bad behavior to go undetected.

“This stuff goes on. There are bad folks out there and they lie to people,” he says. “You know, it’s just like any other law enforcement…[the SEC] can’t catch everybody and they eventually caught these guys.”

Third-party examinations could help solve this problem, Cipperman argues. “This is exactly the kind of case that it could have helped with,” he says. “A small advisor like this is not a targeted priority.”

But even advisors who aren’t using false statements or running fraudulent schemes should be careful about how they market their services — particularly when mentioning SEC registration.

Cipperman’s advice? “At the end of the day, if you have to scrunch up your nose when you make statements, it’s not a good statement to make,” he says. “We all accept a certain level of puffery in marketing, but when you’re a fiduciary, you can’t do that…you need to back up your statements with facts.”

The SEC’s decision to bar Geringer comes just weeks after one of his partners in the business, Chris Luck, was sentenced to 10 years in prison and ordered to pay over $33 million in restitution for his role in the scheme.

Last year, both Luck and Geringer pleaded guilty to securities fraud, mail fraud and conspiracy to commit mail and wire fraud, according to SEC and Justice Department documents. During the trial, Luck told a California court that investor money brought in by the fund paid both his salary and bonus payments, according to the sentencing statement.

Both Geringer’s case and that of another partner, Keith Rode, are ongoing, according to court records.