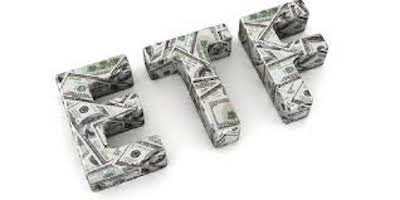 Dimensional, based in Austin, Texas, is one of the earliest proponents of factor investing. They blend elements of index-based investing and active investing in order to predictably exploit market returns and minimize trading costs. Many of today’s smart beta products — from index providers including FTSE Russell, WisdomTree, Research Affiliates — are based on a similar premise.

John Hancock unveiled in its preliminary prospectuses for the factor-based ETFs that DFA, the market-beating investment firm that adheres to the academic work of Eugene Fama and Kenneth French, will be the sub-advisor for its ETFs. John Hancock has worked with DFA on mutual funds and asset-allocation strategies since 2006.

John Hancock initially filed plans for ETFs nearly four years ago, but has yet to bring an ETF to market. However, a new filing with the Securities and Exchange Commission indicates the firm is getting closer to launching its first ETFs.

The new filing provides details and expense ratios on the proposed ETFs. For example, the John Hancock Multifactor ETF, which is expected to charge 0.35% per year, will track an index comprised a subset of securities in the U.S. Universe issued by companies whose market capitalizations are larger than that of the 801st largest U.S. company at the time of reconstitution. In selecting and weighting securities in the Index, the Index Service Provider uses a rules-based process that incorporates sources of expected returns. This rules-based approach to index investing may sometimes be referred to as multifactor investing, factor-based investing, strategic beta, or smart beta. 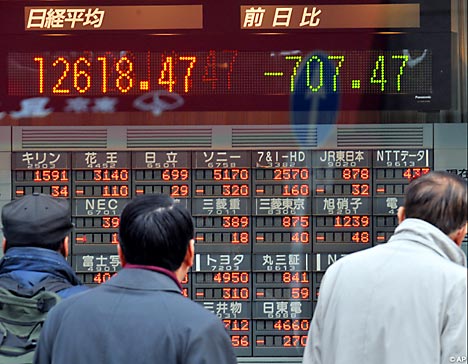 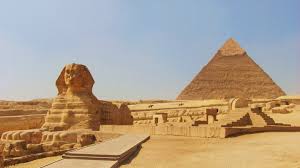 Brokerdealer.com update courtesy of Reuters and profiled on MarketMuse.

Brokerdealer.com provides members with the ability to have access to international databases, one the international options is Egypt. Until this week, the Egypt Stock Exchange has not permitted for ETFs to be traded on the exchange. This will on change on Wednesday, January 14, when for the first time, ETFs will be traded. The exchange hopes that this will lead to more foreign investors and boost the economy.

Egypt’s stock exchange will allow trading in Exchange Traded Funds (ETFs) for the first time on Wednesday, as part of efforts to encourage foreign investment and boost liquidity.

ETFs are typically funds that track equity indexes, though they can also track commodities and other assets, with component stocks usually represented in proportion to the size of their market capitalization.

ETFs are traded like a stock and can allow investors to diversify their risks and reduce transaction costs.

The introduction of ETFs in Egypt comes amid a flurry of takeovers and share issues on Egypt’s stock exchange, signalling resurgent interest from international investors in a market looking to restore confidence after the turmoil unleashed by a 2011 uprising which ousted leader Hosni Mubarak.

The main stock index rose about 30 percent in 2014 and trading volumes have rebounded above levels seen in 2010.

“We are working on offering new investment vehicles to investors and in the long run, these funds will help to create liquidity in the market,” Mohamed Omran, chairman of the Egyptian Exchange, told Reuters.

“The funds will help investors reduce risk by investing in the market as a whole.”

The introduction of ETFs will also allow for the emergence of market-makers in Egypt for the first time, potentially boosting liquidity.

Its ETF is being launched with an initial value of 10 million Egyptian pounds ($1.4 million), according to Alia Jumaa, head of investment for the new fund.

Based on recent developments, global investors are now slated to drill for stakes in Saudi Bourse offerings thanks to yesterday’s announcement from ETF behemoth BlackRock, coupled with the next year’s scheduled opening of markets to foreign investors, whose appetite for stakes in Middle East companies is expected to surpass demand for oil, currently the country’s primary export.

Excerpt below courtesy of Bloomberg LP reporting by Arif Sharif

BlackRock Inc. (BLK) plans to start an exchange-traded fund for Saudi Arabian shares as the biggest Arab bourse prepares to open its market to foreigners.

The world’s largest money manager has sought approval for its iShares MSCI Saudi Arabia Capped ETF from the U.S. Securities & Exchange Commission, according to a filing posted on the SEC’s website. The fund will seek to track the results of an MSCI provisional Saudi Arabia index, according to the filing.

“The underlying index is designed to measure the potential equity market in Saudi Arabia, should the market open up to foreign investors,” the filing said. The index “may include large-, mid- or small-capitalization companies and components primarily include financials, materials and telecommunications companies,” it said.

The full story from Bloomberg LP is here

National Commercial Bank jumped the most allowed on its trading debut after raising $6 billion in the Middle East’s largest share sale.

IPOs in Saudi Arabia, the Arab world’s biggest economy, are picking up as the Tadawul All Share Index plans to open to foreign investors next year as it pursues a $130 billion spending plan to boost non-energy industries. Saudi Arabia typically sells stakes in state-owned companies to the public at below market value as part of efforts to redistribute the country’s wealth.

“For a couple of days at least, or may be three, you will see the stock going limit up,” Saleem Khokhar, head of equities at NBAD Asset Management Group, which oversees about $2.5 billion, said by phone from Abu Dhabi. “It started trading at discount and anything between 50 riyals and 55 riyals is very good value, so you will see investors rushing to grab what’s available.”

National Commercial Bank (NCB) sold a 25 percent stake at 45 riyals a share, attracting 311 billion riyals ($83 billion) of bids for the 300 million shares offered to Saudi investors. It sold another 200 million shares to the nation’s pension fund. The IPO was the second-biggest this year globally after Chinese e-commerce business Alibaba Group Holdings Ltd.’s $25 billion offering, according to data compiled by Bloomberg. Electrical Industries Co. is the latest Saudi company to announce plans for a share sale.

Before the regulator set a limit on daily price moves, offerings surged on their first day of trading. Alinma Bank (ALINMA), a Shariah-compliant lender based in Riyadh, soared 60 percent when it started trading in June 2008, and Saudi Arabian Mining Co. jumped 53 percent in its debut the following month.

To continue reading this story from Bloomberg LP, click here

The iShares MSCI Brazil Capped ETF (NYSEArca: EWZ) and other Brazilian ETFs have been enjoying a mostly excellent 2014, but that ebullience has encountered some resistance in recent days. Investors’ willingness to stick by EWZ and Brazilian stocks in the run-up to next month’s national elections is being tested Tuesday after Moody’s Investors Service lowered its outlook on Brazil’s sovereign debt rating to negative from stable. END_OF_DOCUMENT_TOKEN_TO_BE_REPLACED