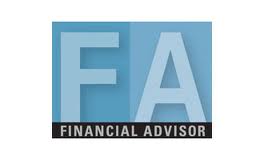 Looking for a fun way to do due diligence on a hot new investment? Financial advisors, and their clients, might want to try a luxury tour of Colorado’s fledgling cannabis industry, including head shops, dispensaries and growing facilities.

That’s just what a group of over 200 high-net-worth investors from around the country—as well as a media corps that included a documentary film crew from Rai, Italy’s national public broadcasting company—did on Sunday, boarding seven luxury buses in Denver and embarking on a tour of local “canna-businesses.”

The trip was part of a two-day gathering of members of San Francisco-based ArcView Group, which runs an angel network for cannabis investors. It was timed to precede the National Cannabis Industry Association’s business summit, which was held Tuesday and Wednesday.

ArcView members have invested over $10 million in 14 private cannabis-related companies. A report by the network in 2013 estimated that the legal U.S. cannabis market was $1.5 billion in 2013 and projected it would grow more than 68 percent to $2.6 billion this year.

Investors may ultimately find that direct investments in businesses that handle the plant itself are not necessarily the best bets when it comes to making money in this industry. ArcView member Patrick Rea, founder and fund manager of Boulder-based MISO Capital, which invests in ancillary legal marijuana businesses, says the plant itself is not where investors should put their money. Sudden increases in supply have been known to dramatically drive down prices.

“There’s more supply coming online. Investors need to invest in companies with intellectual property that’s defensible and sustainable, not in crops,” says Rea. Of the ancillary businesses, he says, “There’s so much more opportunity.”

BrokerDealer.com thanks Connecticut’s JLC Group for below extract.

How to differentiate your disruptive and innovative company from the rest? Have your chief cheerleader (presumably your CEO) make an epic statement in which your entire company and your constituents can continuously hang their hats on..  The following is a classic example:

“We think we are going to fundamentally change humanity’s understanding of the economic landscape on a daily basis.” Skybox co-founder Dan Berkenstock

The above words from an entrepreneur whose offering is seemingly perceived to be something simple: satellite technology.

If you are an aspiring tech czar in the capital raising mode, a brand enhancement specialist, a brokerdealer or venture capitalist doing due diligence, or a mere investment banker who is working with an advanced-stage company whose execs are also looking to you to help ‘craft the value proposition” to investors, your target audience will always be more inspired when you perspire passion to the point where its dripping from your pores.

Hyperlink above will bring you to the June 16 WSJ article: The story itself is not merely about enterprise valuation techniques and not only about the next great technology innovation, the story transcends borders for those who can read in between the lines..