The bank suggested the U.S. Securities and Exchange Commission cut the highest amount that can be levied to trade by at least two-thirds, according to a letter from Daniel Keegan, head of Americas equities at Citigroup. Most exchanges charge the maximum, 30 cents per 100 shares, leading traders to favor lower-cost dark pools, he wrote. His statement aligns Citigroup, which runs alternative trading platforms, with two of the biggest exchange operators. 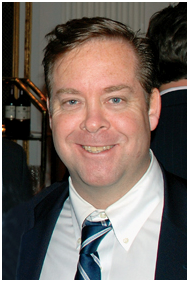 As part of a rule change that took effect in 2007, the SEC “somewhat arbitrarily established a cap on access fees that can be charged to access liquidity on exchanges,” Keegan wrote in an Aug. 7 letter posted on the regulator’s website. “This cap should be revisited in light of today’s market economics.”

More than 15 percent of U.S. equity volume takes place on dark pools, according to Tabb Group LLC. NYSE Group Inc. and Nasdaq OMX Group Inc., two of the three big U.S. stock exchange owners, have both advocated regulatory measures to lure trading off the systems. Accusations of wrongdoing on the private systems have intensified this year amid Michael Lewis’s “Flash Boys” and a probe by New York’s attorney general, who alleged Barclays Plc misled its dark-pool clients.

Dark pools proliferated in the past decade as brokers sought to reduce the amount of money they pay the NYSE and Nasdaq Stock Market. Instead of giving exchanges trading fees, brokers could match buyers and sellers on their own systems.

The SEC’s Regulation NMS, which took effect in 2007, helped solidify that business model by allowing stock trades to occur on whatever market had the best price at a given time, be it public or private. Reg NMS also set the maximum exchange access fee at 30 cents per 100 shares, also known as 30 mils.

Citigroup’s suggestion of reducing the access-fee cap to 10 mils or lower could also restrain rebates that exchanges pay traders who facilitate transactions, a practice known as maker- taker that has been attacked by lawmakers and critics such as IEX Group Inc. and the chief executive officer of NYSE’s owner, Intercontinental Exchange Inc.

Stock markets use fees from traders to reward brokers who send them orders, a model some academics and money managers such as Invesco Ltd. and T. Rowe Price Group Inc. say creates a conflict of interest. Last month, Senator Carl Levin, a Michigan Democrat, told the SEC it should abolish the payments to improve confidence in U.S. stock markets.

Jeffrey Sprecher, the CEO of ICE, said during a recent congressional roundtable that exchange access fees should be reduced. His company, as well as Nasdaq, have endorsed a proposal called the trade-at rule, which would keep stock trades off dark pools unless those venues improved upon prices available on exchanges.

Nasdaq, operator of the largest exchange by volume, generated $1.1 billion in revenue from U.S. equities transactions in 2013 and gave out $743 million in rebates, according to an SEC filing. The comparable figures at NYSE Euronext, the owner of the New York Stock Exchange that ICE bought in November 2013, were $1.06 billion and $796 million, respectively, in 2012.

According to the proposal, which is “expected to be submitted imminently” to the U.S. Securities and Exchange Commission in connection with IEX’s plan to move from its current status as an ECN (electronic communications network) and towards becoming a full-blown stock exchange, broker-dealer orders would receive priority in the IEX order book, meaning those orders would jump to the top of the order book if the price to buy or sell a stock was at least equal to the prevailing orders entered by non broker-dealers aka buy-side investors that include high-frequency trading firms, mutual fund firms and retail investors. In addition to brokerdealer orders being provided priority over other same-priced orders sent to the platform by non BD’s, broker-dealers would be able to execute commission-free.

In a move that is purposefully intended to disrupt the current market structure status quo and challenge the viability of loosely-regulated and so-called “dark pools,” in which pricing transparency is purposefully hidden so as to mitigate gaming of orders submitted by large institutions, IEX is embracing an approach that has become widely-embraced in Canada’s equity marketplace, whose primary equities trading is administered by TMX Group, that country’s largest stock-exchange provider. Noted TMX Group CEO Thomas Kloet, “The virtue of having more bids and asks consolidated in a few order books, rather than scattered across dozens of venues [such as what takes place in US markets) makes markets more transparent and provides for greater price efficiency.”

The IEX proposal comes close on the heels of recent events in which dark-pool operators have been accused by regulators and law enforcement agencies of various charges, including accusations filed against Barclays PLC by New York State Attorney General which alleges Barclay’s misleads its clients about the way its dark pool favors high-tech “high frequency traders.” Barclay’s system “Barclays LX” was the industry’s largest dark pool used by a broad universe of investors and competing banks, until those charges were filed last month. Since that time, Barclay’s has supposedly experienced a large exodus of clients using their platform, presumably because of concerns they too will be on the receiving end of New York AG subpoenas.

Shares in  UK’s Barclays Bank fell as much as 10% and closed 6% lower today on the London Stock Exchange, after New York Attorney General Eric Schneiderman filed criminal charges against the bank in connection with the brokerdealer’s “dark trading pool, ” one of the financial market’s largest electronic trading platforms whose business model is to provide black box order matching for large block trades. New York’s top cop has accused Barclays of fraud, including allegations of misrepresentations made to clients of the bank, including the world’s largest investment managers.

In addition to heavy selling in the company’s shares, Barclays was forced to postpone the floating of a $1billion debt issue, whose proceeds were intended to retire outstanding debt issued at higher interest rates, and other purposes that include conforming to new capital rules imposed on investment bank/brokerdealers throughout the global financial markets

Per reporting from the BBC:

Prosecutors said Barclays misrepresented the kinds of investors that were using the dark pool. They said the bank claimed the pool was closed to aggressive traders, but in reality it was not.

They also said the bank had misled ordinary investors by claiming it would use a stock exchange or dark pool that “would best execute their trades” at any given time, but in fact the trades were “nearly always” routed to Barclays’ own dark pool so the bank could make more money.

The world’s major stock markets, such as the London and New York Stock Exchanges, are known as light markets, as they are highly transparent and regulated.

Dark pools are private markets set up by banks that are less transparent and so are not open to the same levels of scrutiny.

New York attorney general Eric Schneiderman said: “The facts alleged in our complaint show that Barclays demonstrated a disturbing disregard for its investors in a systematic pattern of fraud and deceit.”

“Barclays grew its dark pool by telling investors they were diving into safe waters. According to the lawsuit, Barclays’ dark pool was full of predators – there at Barclays’ invitation,” he said.

The complaint details “a flagrant pattern of fraud, deception and dishonesty with Barclays clients and the investing public,” he added.

Mr Schneiderman said presentations made by Barclays were “demonstrably false”. He read out some of the emails cited in the complaint. One, from a vice-president of sales, said: “I always like the idea we are being transparent, but happy to take liberties if we can all agree.”