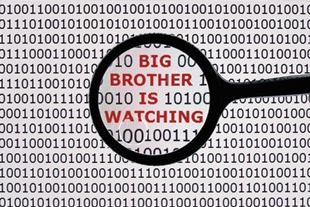 While the title could be “Big Data Bags BrokerDealers”, MarketsMuse.com Tech Talk update is courtesy of extract from the 07 April Bloomberg LP story by Hugh Son profiling the recent initiative by JPMorgan (and presumably their bulge bracket brethren, and likely, a select band of black box-centric buysiders from the Hedge Fund world) to keep closer tabs on their respective ‘human assets’ via stealth “algorithmic” software designed to predict what’s going on inside the heads of traders, sales folks and well, everyone else that logs into a device monitored by JP’s surveillance sleuths.

We preface Son’s story with “Unless you’ve been asleep at your trading screen for the past 10 years, you already know that Algorithms aka Algorithmic Trading aka HFT are all the rage and that “algo-based trading” accounts for approximately 70% of daily US equity market trading, as well as increasing percentages across fixed income, FX and currency markets. Simply put, Wall Street quants were arguably the first to turn “big data” into big bucks via algorithmic models, which are now ubiquitous across an assortment of industries that are relying evermore on digital data to drive decisions that are neuroscience-based.

Well, Wall Street’s brokerdealers are once again ahead of the curve, as we’re now in the Big Brother phase of this algo evolution..

With this new chapter, its safe to presume that whatever you type into a keyboard is not only going to be stored by compliance wonks, its going to be analyzed by predictive Surveillance Dept. software to determine if you are prone to crashing planes into the side of mountain or likely to pose an assortment of other risks to the enterprise.

Wall Street traders are already threatened by computers that can do their jobs faster and cheaper. Now the humans of finance have something else to worry about: Algorithms that make sure they behave.

JPMorgan Chase & Co., which has racked up more than $36 billion in legal bills since the financial crisis, is rolling out a program to identify rogue employees before they go astray, according to Sally Dewar, head of regulatory affairs for Europe, who’s overseeing the effort. Dozens of inputs, including whether workers skip compliance classes, violate personal trading rules or breach market-risk limits, will be fed into the software.

“It’s very difficult for a business head to take what could be hundreds of data points and start to draw any themes about a particular desk or trader,” Dewar, 46, said last month in an interview. “The idea is to refine those data points to help predict patterns of behavior.”

JPMorgan’s surveillance program, which is being tested in the trading business and will spread throughout the global investment-banking and asset-management divisions by 2016, offers a glimpse into Wall Street’s future. An industry reeling from billions of dollars in fines for the actions of employees who rigged markets, cheated clients and aided criminals is turning to technology to police itself better. Failure to do so will provide ammunition for those pushing to separate trading operations from retail banks. END_OF_DOCUMENT_TOKEN_TO_BE_REPLACED

August 7, 2014 –OMEX Systems, a provider of web-based, broker-neutral and FIX-compliant front, middle, and back office platforms for broker-dealers and buyside firms will craft a direct market access offering to aid broker-dealers in choosing algo providers, according to John Houlahan, chief operations officer.

New York City-based OMEX is creating functions for traders interested in setting up direct market access to allow brokerages to place and modify orders on a faster basis, noted Houlahan. 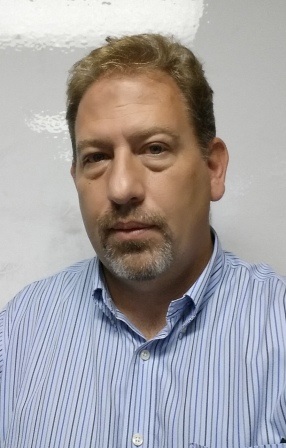 “We are also building out functionality to facilitate direct market access clients via internal algorithmic parameter metrics,” said Houlahan. “We are building a DMA tool to allow broker-dealers to pick and choose various algo providers to place, modify, and monitor trades for intraday modification for cash desk, options, fixed income and futures.”

OMEX is also preparing to make its trading and execution functions available across the pond, so that global broker-dealers can have access to the offering, Houlahan said. The expansion comes on the heels of the firm being certified for use in the Mexican exchange network, he added.

“We are working with firms that want to offer our product to clients globally,” said Houlahan. “This type of global reach would not be aimed at retail, but more at the investment advisor and broker-dealer level.”

OMEX has also planned upgrades that will allow broker-dealers to process multiple basket orders at a single time when trading in the ETF space before the year’s end, Houlahan noted.

“We are also further refining our program trading desk module to better enable those broker-dealers who are seeing an influx of basket trading on the level of Russell Indexes baskets,” said Houlahan. “In an upcoming release, we’ll process multiple baskets with multi-routing capabilities for those orders.”