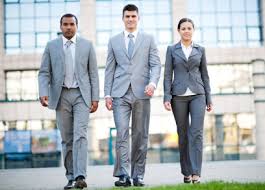 Young bankers fresh out of college are in high demand for private equity firms. Firms what the brightest and best that show great tenacity and enthusiasm for Wall Street. Firms are so aggressive about finding the best candidates that recruiters are interviewing potential employees up to 18 months before the start of the actual job.

They are only in their early to mid-20s, but some young bankers on Wall Street are the most sought-after financiers around, with lucrative pay packages dangling before them.

Junior investment bankers who graduated from college only last year are being madly courted by private equity firms like Apollo Global Management, the Blackstone Group, Bain Capital and theCarlyle Group in a scramble that kicked off last weekend. After back-to-back interviews, many are now fielding offers for jobs that won’t start until the summer of 2016.

This process has become an annual rite by private equity firms, which raise money from investors (like pension funds) to buy entire companies. But it has grown more frenzied since the financial crisis, and it started this year weeks earlier than many in the industry had expected. Fearful of missing the best talent being developed at investment banks, the giants of private equity have turned Wall Street’s white-collar entry-level workers into a hot commodity.

Private-equity firms are pushing earlier than ever to lure Wall Street investment banks’ most promising talent.

“It’s as if these were star athletes,” said Adam Zoia, chief executive of the recruiting firm Glocap Search, who helps private equity firms hire young workers. “The irony is they are professionals six, seven months out of undergrad. It’s hard to imagine you can tell if someone’s a star or not.”

For the young bankers, who are known as analysts, the recruiting race is an important step on a journey to becoming a Wall Street tycoon who can command a seven-figure (or more) pay package. These workers, graduates of elite colleges, often hope to spend two years at investment banks, learning the basics of corporate finance, before leaving for private equity firms, where they can use those skills to make investments. That career path makes them prime candidates for an elite business school, or something even more financially rewarding.

Even though these youthful analysts are starting at big Wall Street firms, the sector’s reputation has lost some of its sheen since the financial crisis. At the same time, Silicon Valley is luring away talent.

But private equity firms can offer higher pay to young bankers. A private equity associate — one who is just three years out of college — can earn as much as $300,000 a year, including salary and bonus. That is roughly double what a second-year banker might earn at Goldman Sachs. “Private equity is the preferable place to be in terms of compensation,” said Jeff P. Visithpanich, a managing director at the compensation consulting firm Johnson Associates.

While data is hard to come by, a December report from Vettery, a start-up recruiting firm, said that private equity was the single most popular destination for Wall Street’s junior workers. Roughly 36 percent of junior bankers with two-year contracts in 2012 have now joined private equity firms, compared with 27.5 percent who stayed in the same division at their bank, Vettery said.

It may seem surprising that these untested financiers are being so heavily courted when the overall unemployment rate of workers between the ages of 20 and 24 in January was more than twice as high as the rate for those 25 and older.

But the process of hiring these workers has grown only more frenzied since the crisis, as financial firms increasingly believe they must work harder to attract ambitious graduates. The banks, from which these workers are being poached, are raising salaries or offering additional days off in an effort to retain them.

To read the complete article from the New York Times, click here.