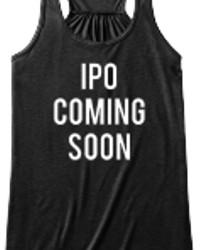 Nutanix (NTNX): On file since December 2015, Nutanix plans to raise $168 million at a $2 billion market cap in its long-awaited IPO. Nutanix is a leader in the rapidly-growing market for “hyperconverged” networking, and it will be the year’s second VC-backed tech “unicorn” after Twilio (TWLO; +327%). Few IPOs can claim over $200 million in billings in the most recent quarter with 118% growth, though its accumulated deficit of $442 million is just as rare. Recently, IPO investors have been favorable toward high-loss, high-growth stories, and Nutanix has already posted three consecutive quarters of positive cash flow from operations.

MedEquities Realty Trust (MRT): The week’s largest IPO, MedEquities plans to raise $259 million at a market cap of nearly $400 million. While the REIT is concentrated both by geography (TX and CA are 86% of rent) and customers (top 5 are 97%), it boasts an experienced management team, a portfolio of long-term triple-net leases and a 6.5% annualized yield. Close peer Community Healthcare Trust (CHCT; 2015 IPO) is up 25% this year, while Global Medical REIT (GMRE) has traded up 4% from its June 2016 IPO.

Fulgent Genetics (FLGT): This small but fast-growing genetic test company is set to raise $60 million at a market cap of $235 million. Differentiated with its ability to more than 18,000 gene tests, Fulgent grew sales by 82% in the 2Q, reaching almost $4 million with a 24% operating margin. The seven diagnostics IPOs since 2015 average a return of -37%, though Fulgent’s closest peers have outperformed in recent months.

Tabula Rasa HealthCare (TRHC): Hoping to raise $60 million at a market cap of $251 million, Tabula Rasa helps long-term care facilities avoid adverse drug events from mismanaged prescriptions. The company grew 32% in the first half of 2016, giving it trailing annual sales of $80 million with an adjusted EBITDA margin of 13%.

Full Spectrum (FMAX): This micro-cap company, which sells products for private cellular networks, pushed back its $15 million IPO to the week ahead. AzurRx BioPharma (AZRX), a biotech that originally set terms in August, still hopes to raise $12 million

IPO Market Snapshot
The Renaissance IPO Indices are market cap weighted baskets of newly public companies. The Renaissance IPO Index is up 2% year-to-date, while the S&P 500 is up 6%. Renaissance Capital’s IPO ETF (NYSE: IPO) tracks the index, and top ETF holdings include Alibaba (BABA), Synchrony Financial (SYF) and Citizens Financial Group (CFG). The Renaissance International IPO Index is flat year-to-date, compared to +5% for ACWX. Renaissance Capital’s International IPO ETF (NYSE: IPOS) tracks the index, and top ETF holdings include NN Group and Aena S.A. To find out if this is the best ETF for you, visit our IPO Investing page.