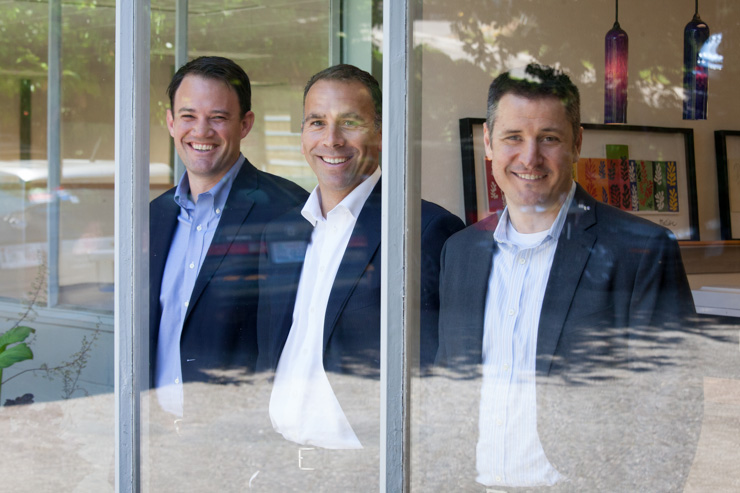 Brendan Kennedy, CEO of Privateer Holdings, poses for a portrait for Reuters in Seattle

Brendan Kennedy bristles when you ask him if smoking pot recreationally is still a stigma in the American workplace. In fact, he says that moment passed two or three years ago, as the majority of Americans now support legalizing marijuana, and even more approve its medicinal use.

“Anyone who wants to consume is already consuming it,” Kennedy says.

So what’s Kennedy smoking? As cofounder and CEO of Privateer Holdings, he’s poised to cash in on that trend in a big way, tapping a market that he believes is worth $50 billion in the United States and four times that worldwide. And now with major institutional venture backing, he’s hoping to blaze a trail in making legal, legitimate bucks off that trend.

Privateer Holdings, a private equity firm with three major distinct investments in the legal cannabis space, announced Thursday that it’s raised millions from its first major institutional investor, Founders Fund, as part of an ongoing Series B Round. The firm led by billionaire Peter Thiel has invested undisclosed millions but isn’t leading the round, which will total $75 million between a $60 million raise and a $15 million convertible debt note. That brings the company’s total funding to date to $82 million, the rest of it from earlier wealthy individuals and family offices.

The deal confirms intentions Kennedy made clear in an interview with Fortune in July, when he announced intentions to bring an institutional investor onboard. In December, Business Insider reported the deal could value the company at more than $400 million.

With the investment, Thiel’s Founders Fund has taken up the mantle of first venture firm into the legal pot market. According to partner Geoff Lewis, who led the investment, the diligence on Privateer lasted 18 months–as much as it took to study SpaceX, the company’s big bet on Elon Musk’s space-flight operation.

Privateer primarily operates three fully-owned subsidiaries touching different points in the cannabis industry. In Canada, it operates Tilray, a medical marijuana brand grown and processed in British Columbia and potentially soon Uruguay. In the United States, where the cannabis industry operates in more of a grey area between federal and state regulations, it operates Leafly, an online site for cannabis-related reviews and stores that Kennedy says gets 4 million visitors a month. Most recently, the company partnered with the family of famed performer Bob Marley on lifestyle brand Marley Natural, a 30-year licensing deal to offer Jamaican cannabis strains and hemp-infused products starting later this year.

Privateer and Founders Fund are betting that the marijuana industry in the United States now has the popular support to be ripe for a new wave of trusted major brands. “This will shake out similar to the alcohol industry or the soft drink industry, where economies of scale are very important,” argues Lewis. “You want to have first-move advantage, and I think it will be aggregated to just a handful of companies.”