Financial Industry Regulatory Authority (FINRA) has been banned from the brokerage industry forever on Friday. 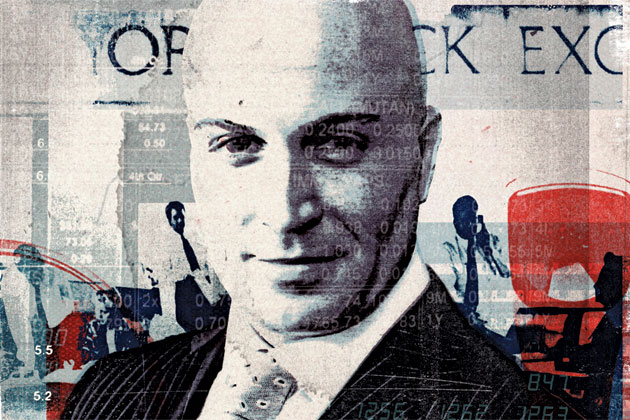 , the former head of John Thomas Financial Inc., was barred from the brokerage industry for life by the Financial Industry Regulatory Authority for trading ahead of clients’ orders.

Belesis dumped the New York-based firm’s position in a penny stock that was surging while 14 customers tried and failed to sell their shares, Finra said today in a statement. The industry-funded regulator ordered Belesis to pay about $1 million plus interest to customers and fined him $100,000.

Belesis has appeared on business television and had a minor role in the movie “Wall Street: Money Never Sleeps” before his boiler room across from the New York Stock Exchange closed in 2013. Trainees at the brokerage were forced to stand and bark memorized sales scripts for as long as 14 hours a day, Bloomberg News reported at the time, citing interviews with 20 former employees.

Finra said in the statement today that John Thomas didn’t hold the customer orders intentionally. Ron Cantalupo, a John Thomas broker who was accused of intimidating a colleague, was cleared by the regulator, which also dismissed charges against Michele Misiti and John Ward.

Finra’s fraud charges against Belesis were dismissed as well. He agreed to pay $500,000 in 2013 to settle accusations by the Securities and Exchange Commission that he pressured a hedge-fund manager to steer fees to John Thomas.

“He was never ever charged with running a boiler room,” Ira Sorkin, Belesis’s lawyer at Lowenstein Sandler LLP, said in a telephone interview. “To the extent there were charges brought against him for fraud, they were dismissed.”

For the original article from Bloomberg’s Zeke Faux, click here